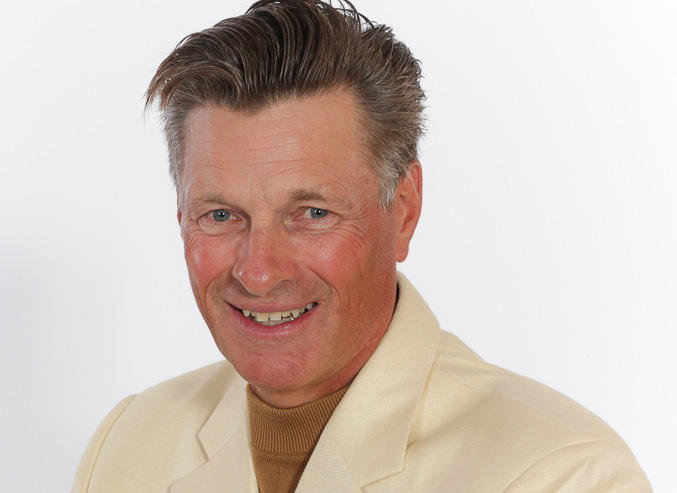 Among the first things people notice about Steve Bell, former sports director at AM 800, is that he has his priorities straight. He also believes that little things matter. That’s how he missed the first call for our interview. Ninety seconds later, however, Steve phoned me back, sounding a little out of breath, as he explained: “Sorry, I was shoveling snow from my driveway.”

Haling from Kincardine, Ontario and working his first job in radio in illustrious Sudbury, Steve Bell knows about snow.

“I worked about six months at AM 790 CKSO in Sudbury after graduating Fanshawe,” he recalls. “One night, while I was on the air, a buddy, named Murray Brookshaw, who worked in Windsor called out of the blue.” Murray said he had taped a few of Steve’s shows and played them for his boss, Kevin McGowan, who was interested in hiring Steve. After Murray convinced Steve he wasn’t pulling his leg, Steve went to the nearest typewriter and composed his resignation letter.

“I moved to Windsor on Labour Day Weekend 1980, and came to work at 580 CKWW,” Steve says. “That was prior to the mini-van. Chrysler was still making the K-car.”

For the next four decades, Steve called Windsor home. As his career flourished, there were no doubt offers enticing him to leave. What kept Steve in Windsor?

“The people,” he says. “And I loved my job. I never had the feeling ‘Hey, I want to move on.’ I have met tremendous people through the charities, my colleagues, clients, and listeners.”

Steve is the embodiment of the adage: “We make our own luck.” He has filled many roles in his radio career, starting on the six-to-midnight shift at AM 580.

“I was mostly spinning records,” he remembers, “but in between, I talked about music and sports, and things happening in the community.”

In 1993, CKWW and CKLW merged, and their formats flipped. Steve continued as an on-air personality at AM 800. Long before that, though, he was busy making his own luck.
“I wanted to work more in sports,” Steve says. “Dave Quinn was the sports director, then, and the ‘Voice of the Spitfires’. I decided to work with him, volunteer whenever I could… learn from the master.”

In 1987, Quinn moved on and Steve was ready to take over.

“The first Spitfires game I called on my own was in 1986 in North Bay,” he says. “Beforehand, I was nervous, so I called my dad. He said: ‘Call it like it’s your buddies playing street hockey in Kincardine.”

It was a roller coaster season that year for the Spitfires, seeing them go all the way to the Memorial Cup—only to lose to the Medicine Hat Tigers in the final game.

Hearing first rate play-by-play, it’s easy for hockey fans to miss the preparation and memory work that goes into it. The pace is intense—“I jump out of my seat about fifty times a game,” Steve comments—and it takes a special dexterity with words to paint a picture for listeners. It’s enough to give most people a panic attack. What keeps Steve coming back as the Voice of the Spitfires?

“I loved it from Day One,” he says. “They let me in for free. I sometimes get a slice of pizza. You can’t beat it!”

He also enjoys the camaraderie among the team, with whom he travels to out-of-town games.

“When I first started, I remember Adam Graves sitting behind me on the bus,” Steve says. “It’s a wonderful experience getting to know these fantastic players at the beginning of their careers: Ed Jovanovski and Steve Ott, for instance. I remember when they were sixteen years old, joking around on the bus.”

Following the recent restructuring at Bell Media, owner of AM 800 and other media outlets, the company informed Steve its new corporate strategy didn’t include him.

“Within minutes of the announcement hitting the news,” Steve says, “the Spitfires’ owners called me to ask, ‘You’re still doing the games, aren’t you?’ I said yes.”

After news of his departure was reported, many people reached out to Steve to offer support. These included Windsor mayor Drew Dilkens, business owners, such as Adam Lally, Brad Jones at La-Z-Boy Comfort Studio in Essex, Goran Todorovic of Team Goran, Joe Ciaravino at Antonino’s Original Pizza, and Mark DiPonio from Expert Windows. Each contacted Steve to say: “We’ve got your back. You’re a member of our team.”

“Dave Cassidy, president of Unifor Local 444, called me at home,” Steve continues. “He said, ‘Whatever I can do’—and I’m not even part of a union!”

The community support is not surprising. Over four decades, Steve established himself in Windsor-Essex as a big-hearted, go-to guy willing to help with any charitable event.

“I’ve never, ever, in 41 years, said no,” the Windsor Star quoted Steve as saying in a
recent article. “I’m not a great emcee. I’m not funny, but if I can raise money in Windsor and Essex County, I’ll be there and I plan to be there in the future…”

Indeed, there is every chance Windsor will be seeing more of Steve Bell now that he is a free agent.

Currently, he is still processing the recent life-change, and speaks fondly of his former colleagues.

“Without a doubt the best part of working at the radio station for over forty years has been all the wonderful people I’ve met,” Steve says. “When I first arrived, there was great leadership from men like George Ferguson, Bill Timpson and Tim Pratt.”

“I’ve also worked for solid, honest people like former owner Jim Waters from the CHUM Group,” he continues, “General Manager Eric Proksch and Sales Manager Cathy Miller, who always had my back.”

Steve particularly enjoyed working with the AM 800 sales team, but is quick to point out: “Not just because they often picked up the tab.”

He has many great memories of working with Mike and Lisa in the morning.

“And with some immensely talented journalists like Rob Shervill, Paul McDonald, and amazing reporters like Teresinha Medeiros. I simply can’t name everyone,” Steve goes on, “but I’ve had such a wonderful time and consider myself blessed to call so many of these people my friends.”
For the time being, Steve is chill about his new status.

“My family is everything to me,” he says. “I’ll spend more time with Lori, my wife of twenty-four years. I’ll see more of my stepson, Matt, and his wife, Denise, and my three granddaughters, Avery, Lilah, and Brynn.”

Just after the Bell Media announcement, Brynn said to her grandpa: “You don’t have to nap in the afternoons anymore because you don’t have to get up so early. You’ll be able to spend more time with us!”