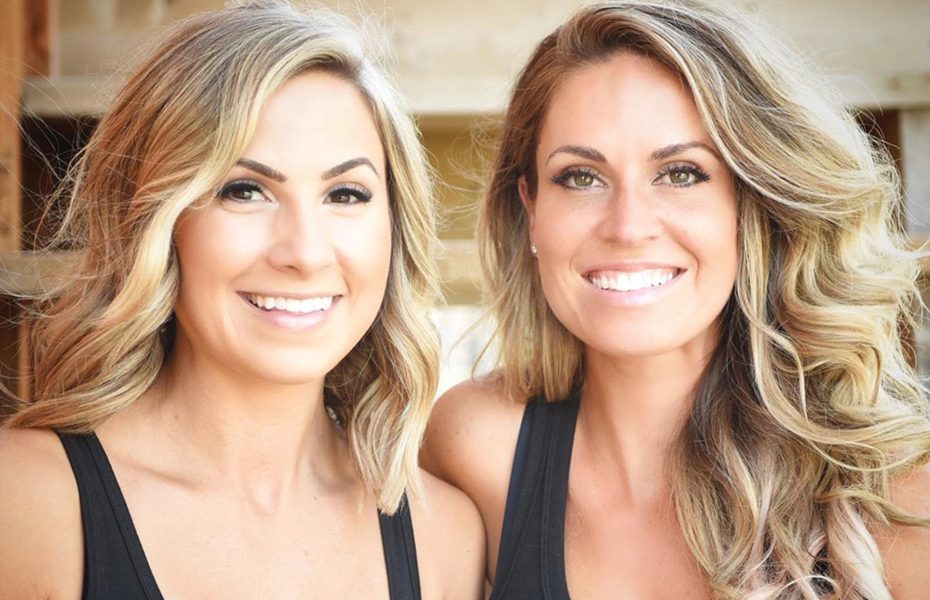 The IMA Awards celebrate the year’s most exceptional self-released and indie label projects. The show featured over 450 music and visual design projects from emerging artists. More than 140 awards were dolled out to creators from over 94 nations, by over 100 judges.

And this year, Amherstburg-based musicians Kerri Brown and Martene Clayton were invited to attend. The two were nominated for their 2018 single: “Crown.”

For Kerri and Martene, the IMA Awards invitation was the result of a lifetime of commitment, stretching back to the Essex County festival circuit, which just so happens to be how the two first encountered each other.

“I have a really, really distinct memory [of how we met],” Martene states. “We were singing at a festival somewhere out in the county. I was on the side of the stage, super nervous. I was about ten or eleven years old. And then I look up on stage and Kerri Brown walks out. I had never seen her before, never heard her before. She walks out and sings—kills this Brittney Spears song. And my confidence just collapsed. I was like, ‘I have to go after her?’”

The two developed a rapport while performing across the county. “There would always be spots in these local festivals for entertainment,” Kerri recalls. “And that was really our only source of performing, our only way to gain exposure. Especially as kids. Every year you’d sit with your calendar and look at all the festivals, call and just try to get a spot to sing.”

“It’s a very internal game,” Martene explains. “I don’t get psyched out by the crowd whatsoever. But if I go out there and for some reason I’m not bringing my A game, then I get in my head. And at that point it doesn’t matter if the crowd is five people or five thousand people. It’s all about what I’m bringing to the table. I would sometimes come off the stage and be shaking from head to toe, but not in the moment. Never on the stage. That’s the only time I ever remember being nervous, following [Kerri].”

It seemed as though the two were destined to be rivals. However, Martene and Kerri instead became friends after the former’s family moved to Amherstburg. From there, the two spent their high school years singing together.

“But then when we got into our twenties we kind of drifted a little bit,” Kerri states. “We didn’t talk as much.”

“Well, that was on me,” Martene admits. “I decided I hated you.”

The two laugh. “In my early twenties, I became really, really terrified of failure,” Martene confesses. “I had based my whole identity on music. And failing in music scared me so much that I stopped trying. I completely walked away from it because the idea of living with my untapped potential was more palatable than trying and finding out I wasn’t good enough. So, I just stopped. I stopped singing, I stopped writing. I couldn’t even listen to female singers. Hence why Kerri and I drifted apart for a while. She was holding up a mirror of everything I was walking away from. It was heartbreaking.”

However, despite her reservations, it was Martene’s daughters that re-ignited her passion for music.

When Martene returned to music after an eight year sabbatical, Kerri was waiting. The two quickly began collaborating. “Crown” was born shortly thereafter.

“‘Crown’ is just such a heart project,” Martene says. “Because it so perfectly embodies the world that we want to see for our daughters. We’re two moms of little girls. I write a lot of emails to my kids, so a lot of the lyrics from this song came right out of the emails I wrote to my daughters. Kerri and I had been sitting there talking about the barriers we put on ourselves, and how we sometimes almost feel like we need to apologize for being too much.”

“Something good happens, and you can’t take pride in what just happened, because you’ll feel bad about it,” Kerri explains.

“Exactly!” Martene states. “It’s like we apologize for the things that make us wonderful. So we just started writing about it. We had it in our heads that being a nice girl meant not making other people uncomfortable. This was our way of saying, ‘Screw that! Own it! Wear that crown proud! Don’t apologize or hide the things that make you shine.’”

“Crown” was an instant success. Last year, the song was used as Miss Universe Canada’s theme song. Then, on June 22nd, “Crown” won Martene and Kerri a Vox Pop Award.

“It felt so incredible,” Kerri states. “We’re really lucky that we have such a great people that surround us and support us. Ultimately, that’s what ‘Crown’ was about. Reaching people. It gave us that platform. It was really special.”

“It was really, really overwhelming,” Martene says. “I remember sitting in this one particular workshop. I looked around and saw that I was surrounded by these incredible musicians and it was just this feeling of complete peace, knowing that I was exactly where I was supposed to be. I had come away from music for so long and there was always an uneasy feeling about it. I always felt like something was missing. And then, being back and being in a scene of that caliber? I felt complete.”

“When we sat down to create this song, it was just for fun,” Kerri explains. “And it’s been amazing seeing how many lives it has touched. I was visiting a friend that lives in London and she had this little girl over that was listening to my song, wearing a little crown. And I was like, ‘This is exactly why we made this song!’ For the next generation of girls to unapologetically be themselves and be fearless. That, in itself, makes it totally worth it. It was just so sweet!”

While the award represents an incredible victory for Kerri and Martene, the two stress that the real work is just getting started. “I’ve been on the phone doing a lot of paperwork and getting dates set and collaborations set up,” Martene states. “That weekend was an incredible opportunity to open up a whole bunch of different doors. And now I have to run with those opportunities.”

Regardless of what the future holds for these musicians, Kerri and Martene will stride forward with confidence, continuing to wear their crowns.