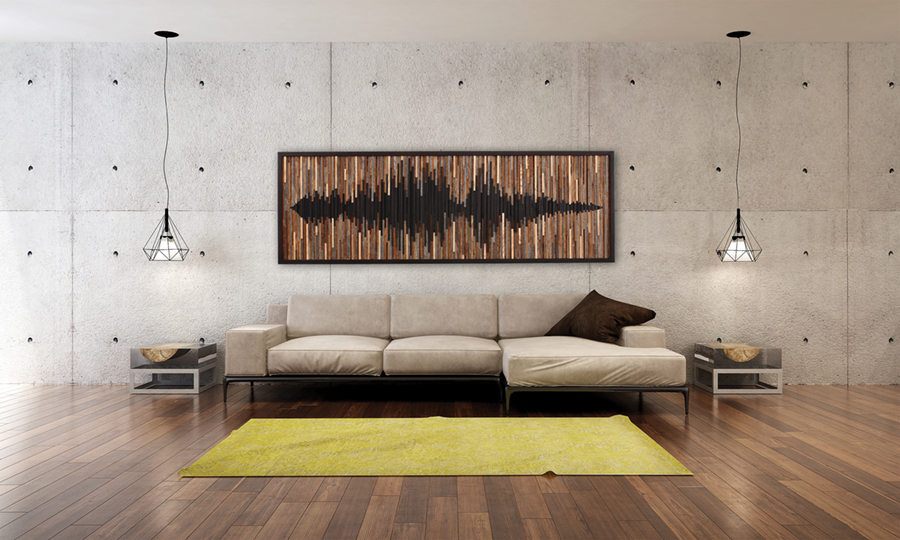 The Geometric Tree is, like all great art, immediately arresting. And not easy to describe.

An oak tree emerges from the bronze earth—tall, dark and angular. Its jagged branches—more like claws—reach out, black and grasping. The effect is haunting, that of something barren and forlorn. And, what’s more, it’s composed entirely of wood.

The Geometric Tree is just one of many reclaimed wood art pieces decorating Craig Forget’s workshop in Essex. His workshop is every father’s dream. Separate from the rest of the house, with a built-in office and rock climbing wall.

Craig pauses for a minute by the piece.

“Recently, I’ve been working on these geometric tree sculptures. I literally cut hundreds of these triangle pieces and I let them do the work. They let me go in the direction I want to go. It’s like I go in with a sort of vision, without knowing how it’s going to go, how that tree is going to be built. I just keep putting piece after piece after piece together. They’re time-consuming. They’ll take me anywhere from a week to three weeks to build. And that’s just the building process. Getting the wood, drying the wood. All the other stuff, that’s like a whole different backlog besides building the artwork. There’s a lot of work that goes into reclaimed wood.”

Craig began spearheading this growing and emerging trend in the local arts community almost a decade ago.

“I’ve been doing this full-time for about eight years now,” Craig estimates. “Before that, I was a finished carpenter for well over 23 years. I’ve been working with wood since I was a kid. Even after high school I worked in a woodshop building roof trusses. But I always had kind of an artistic view to things. When I was doing finished carpentry work on big houses you could do some elaborate woodwork on fireplaces.”

After working in construction for 15 years, Craig was forced into an early retirement after developing tendonitis in both arms.

“I would find out about these barns that were taken down,” Craig reports. “And, at the time, the wood was free. They were just like, just take it, otherwise we’re gonna burn it. So I would go out with my truck and trailer and load up on this material. Back then I was building furniture, I was building mirrors and I just started dabbling into artwork. I wouldn’t even have called it artwork back then. It was kinda like wall décor, plaques, whatever you call it.”

Craig’s talent and range grew exponentially. So much so that, in 2012, Craig was invited to do a show at Windsor’s Art in the Park festival.

“It was a pretty good success,” Craig recalls. “Which was great. But it still wasn’t at the price point I wanted in order to make a living from it. Honestly, if you asked me back then if I could have done it full-time I would have told you, ‘Nah. I could probably make some side money, but never a good living.’ But it was kind of a down point in my career. So I decided to put all my focus into woodworking. I’m like, it’s been my passion since day one. It’s what I want to do. I’ll make it work.”

Around that time, Craig experienced his first glut of serious success after launching his Etsy store.

“Around the same time I did Art in the Park I launched my Etsy store. It was June 2012, I think. But with Etsy it takes time. You don’t just put something on there and then all of the sudden boom, boom, boom. But as the months progressed the more I was selling. And it wasn’t even necessarily furniture I was selling, it was the small pieces of art—the mirrors and the picture frames. They were flying off the shelves. And then I’m like, ‘Okay, if people like the artwork then let me come up with something else.’ I just put all my focus into the artwork.”

Over the years, Craig has built up an impressive list of clientele. While he claims 90% of his artwork goes to the United States, he’s shipped pieces to clients in Australia, the United Kingdom, Switzerland, France, Germany and more. Some of his patrons even include high-profile educational institutions like Harvard and Kansas State University.

In addition, Craig also provides his clients with all the tools and instructions they’ll need to install the artwork.

“I send everything to make it just super-easy to install because I’m shipping these things out to people who may only own a screwdriver and maybe a hammer,” Craig laughs. “So I have to make it easy. And these pieces weigh a lot. I mean, most pieces weigh anywhere from 30-40 pounds. So, it’s like I have to make it easy for people to install them. And I definitely get good feedback. Some customers literally just get it to their house, and twenty minutes or an hour later they’re already sending me pictures. I’m like, holy! You guys don’t waste time!”

The feedback is appreciated. As Craig states, creating reclaimed wood artwork is not easy. One of the most difficult parts of the process is actually finding the materials.

“Over the years I’ve gathered a lot of connections from people who take down barns and old houses,” Craig explains. “So, a lot of times I’ll buy the wood from them. So they’ve taken it down, a lot of times they’ve de-nailed it and then it’s stored either in barns or in yards. Sometimes somebody might call me and say hey, we just took down this fence, do you want this wood? How much are you willing to pay for it?”

Craig believes that using natural materials is what gives his pieces such a unique intersection between art and local history.

“80-90% of the time I’m just trying to use the colors that are naturally aged from the wood,” Craig elaborates. “Whether it’s the different colours of greys or different colours of browns. And every now and then I’ll get some cool faded red pieces that will give me sunset looks, just from the way the hardwood was aged. But it’s hard to find that type of wood and I keep running out. You can’t replicate it. Just the way the iron oxide paint ages, and then you get this silver-gray in between the red. It’s something that you can only find on the south-facing or west-facing barns. The sides that get the most sun? Those are the money makers.” 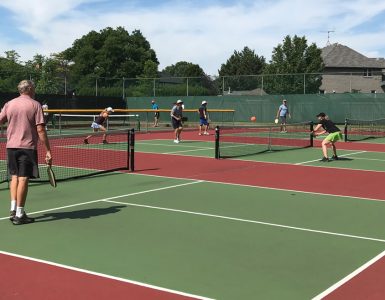 Pickleball, Malinda Hebert explains, is the fastest growing sport in North America. The game originated from Bainbridge Island, Washington, during the summer of 1965. 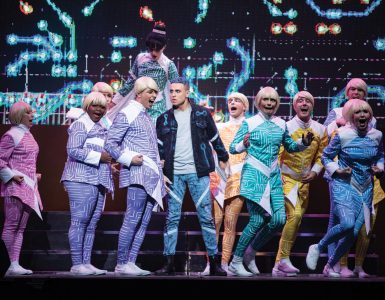 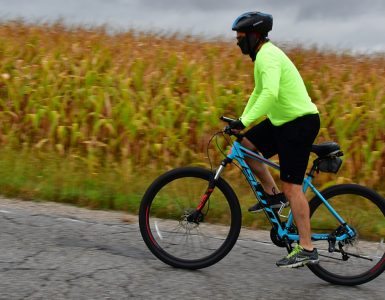