The Line Of Duty

Douglas MacArthur once said that old soldiers never die, they just fade away. However, thanks to one woman’s act of remembrance, one of Windsor’s bravest warriors will remain too bright a light to leave the world a darker place.

A few months ago, Patricia Murphy, a resident of Niagara Street, received a peculiar letter from a pair of St. Anne Catholic High School students. “I got a packaged letter from St. Anne’s,” Patricia explains. “The students there found out that there was a soldier that once lived at my current address on Niagara Street.”

Windsor’s Samuel Berger was born in 1919. He was 21 when he enlisted in the Essex Scottish Regiment to serve in the Second World War. Berger was killed in action during the Dieppe Raid of August 19th, 1942. He left behind his mother, father and sister.

The realization that she shared her home with a Canadian hero was a profoundly emotional one for Patricia.

“I was instantly attached,” Patricia claims. “Just to think that he lived here. That he must have stood where I stand right now. It was so moving just to think that a part of history happened here. He was only 21 years old when he enlisted, and just shy of his 23rd birthday when he passed away at the Dieppe Raid.”

“I’ve taught history the last half of my career,” Steve states. “I’ve always believed that if you can make a personal connection with the kids in some way they’ll find learning a lot more interesting. I call it historical empathy.”

The inception for the project came from a morbid observation he made at Dieppe. “I had taken a group of students to Dieppe for a history trip,” Steve explains. “While there I got this box of files from the archives that was full of handwritten service records. And every one of those files ends the same way: KIA, August 19th, 1942. They all probably died within hours of each other.”

Steve was further inspired by an article he read in the London Free Press about an unknown person who was sending postcards to homeowners that veterans had previously occupied before being struck down in the First World War.

“They wanted these homeowners to know that somebody in their house died in the war,” Steve explains. “Just to give them some perspective. So I thought, that’d be great to do in our area with those files.”

The kids were divided into small groups for the project. Two of the students, Brayden Tessier and Riley Carmichael, took to the project with significant gusto.

“Seeing the actual document, seeing the families and stuff—it really connected us more to the soldier,” Riley admits.

“We obtained their postal code and where they lived,” Brayden explains. “So, we sent a letter to the current residents of the homes, explaining that a soldier lived in their house.”

Over 20 letters were sent out by the class. Six replies were received expressing their gratitude. One of the recipients of a letter—Patricia Murphy—went above and beyond.

Patricia was so impacted by the letter that she decided to share her appreciation with the entire community. So, she went to Trophy Boys and paid out of pocket to have a plaque displayed near her front door.

The plaque reads: “Samuel was a brave, young soldier who fought and died for Canada during WWII. He enlisted while living here, at Niagara St. Windsor Ontario.”

“I just wanted to memorialize him and make sure that he’s never forgotten,” Patricia explains. “Now, he’ll be here forever.”

Brayden and Riley were overjoyed by Patricia’s decision. “I think every soldier who fought in WWII should be remembered like this,” Riley states. “It goes a long way. It’s very important to remember people who fought in different wars, because what they went through was a terrible thing. And most people don’t have to experience it for themselves, especially nowadays, since we’ve had such ongoing peace time. So, it’s good to remember those people who fought for us way back when.”

“Reading the plaque brought a smile to my face,” Brayden admits. “What we looked at on the files were just words, but they meant so much more to someone else.”

The experience also taught Brayden and Riley that their hard work can have a profound, positive impact on the community.

“I’m only sixteen,” Riley states. “I’m not an adult or anything. But being able to actually have the ability to have the letter sent to certain people to extend that knowledge? It’s empowering.”

That pride is echoed by the faculty, including Stephen Fields, the Communications Coordinator at the Windsor-Essex Catholic District School Board.

“I think it’s important for the rest of the community to see that there are people out there who want to memorialize those who made the ultimate sacrifice for their freedom, and I think that’s what Ms. Murphy did,” Stephen explains. “It’s important for the students to see history come alive, to see that it’s not just information that sits on a dusty old shelf somewhere. History has an impact on people. The work that they do can impact the broader community.”

Stephen believes that the weight of such sacrifices should never be forgotten. “I think that they’ve learned that freedom comes with a cost. Here was somebody—one person of millions—who died in the line of duty to ensure their freedom. And I think that’s really what they learned from this. That this wasn’t just some name on a historical document, that this was an actual person who had a family, who lived in a home here in Windsor, and died to preserve the kind of lifestyle that comes with being a Canadian citizen.”

And Brayden and Riley are taking the lessons they’ve learned outside of the classroom. Shortly after Patricia hung her plaque, the two high school students approached their former teacher, Steve Byrne, about another project. Brayden and Riley are currently working with the faculty on the creation of a large plaque that will contain the names of all Windsor veterans who surrendered their lives in the line of duty, which will then be exhibited in the school itself. 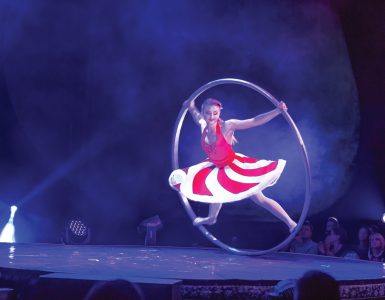 With his wife’s ankles locked around his neck, a muscular man on roller skates spins around and around until the couple are almost a blur. It’s an unorthodox way to perform to holiday music, however, there isn’t much... 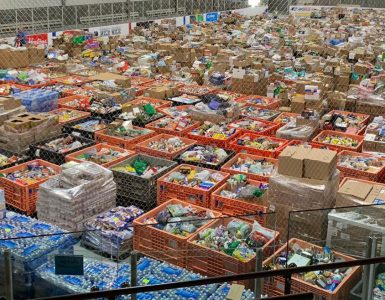 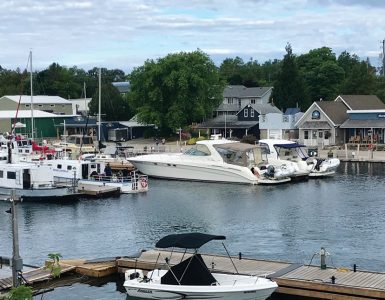 Everyone has their own vision of what “living the dream” entails, but many of us can agree one that ranks among the top is traveling by luxury watercraft to a beautiful destination. Extra points for that beautiful...