Meeting Sean Sennett, it’s difficult to believe that he was once shy. Standing at an impressive six feet, Sean has an athlete’s build. However, he has a disarming smile, and uses it liberally. When you talk to Sean, you feel like you’re reconnecting with an old friend.

For the last six months, Sean has been flashing that smile around North America as a cast member on We Will Rock You, an off-Broadway musical featuring the music of Queen.

“We moved around a lot, growing up,” Sean recalls. “My parents got a divorce when I was three. So I never really had stable friends. There was a period of time when I was at a different school every year, before we settled. Now, I’ve been living in Essex for 15 years.”

Perhaps as a consequence of this upbringing, Sean spent his early years trying his hardest to remain unseen and unheard.

“I was the most shy kid in the world,” Sean explains. “I wouldn’t talk to people. I would make my parents order for me at McDonalds. Whenever the teacher would ask the class a question, I would mumble the answer under my breath because I was too nervous to raise my hand. And then someone else would answer—at the appropriate volume. It was brutal.”

Despite his shyness, Sean spent most of his early years on the ice. He played hockey for 11 years, at one point even working with Ottawa Senators Head Coach D.J. Smith at a Spitfire training camp.

However, when he was 15, the quiet, sporty Sean experienced an almost religious awakening.

“I remember the exact moment I decided to switch to acting,” Sean states. “My aunt took me to see West Side Story at Stratford. It was starring Paul Nolan and Chilina Kennedy. There was this scene where Tony jumps at a balcony and hurls himself over it. It was the most insane thing. I fell in love immediately. I thought, ‘I could do that..’”

From there, Sean abandoned hockey, diving into the theatre world headfirst. His first major role was in the ensemble at Theatre Live’s production of Hairspray. The entire performance was choreographed by Corey Mariuz, who would later go on to So You Think You Can Dance Canada.

“That was my first time stepping on stage,” Sean reports. “I was so nervous. There was this moment where we finished a number and had to hold a pose and my face was jittering. My teeth would not stop chattering. But Corey told me that I was the most improved dancer from beginning to end. That gave me a lot of confidence. After the show, I did more vocal work.”

For the better part of a decade, Sean has continued to expand his performing repertoire. He took vocal lessons with Kathy Costa, the current Music Director of Migration Hall. After high school, he embarked on a double major in Drama and Media, Communication and Film at the University of Windsor.

University turned out to be an incredibly fertile period for the young actor. In his second year, he—somewhat serendipitously—landed his first leading role as Tony in the Arts Collective Theatre’s production of West Side of Story.

Over the next several years, Sean played various other high-profile roles, such as Jamie in The Last Five Years, Courfeyrac in Les Misérables and Jesus Christ in Jesus Christ Superstar. As well, Sean also house managed for the University Players, which helped him crystallize his ambitions.

“I would watch these student actors warming up and training,” Sean recalls. “And I thought, ‘I have to do this. I need to be a part of this family.’ It felt like the one place I had to go.”

Encouraged by his colleagues and mentors, Sean auditioned for the University of Windsor’s Bachelor of Fine Arts program.

“I had spent the whole year preparing a monologue from Romeo and Juliet,” Sean explains. “It’s the balcony scene. It’s kind of funny, because it goes back to West Side Story, which is the scene that got me into acting.”

Sean was admitted into the program in 2015.

“I felt like I was home,” Sean states. “Theatre helped me find some sort of consistency. Some sort of belonging. Friends that were always going to be there. A family. It felt like a hug. I felt like a puzzle piece that had finally been put in the right place.”

Sean graduated from the University of Windsor last May. Shortly thereafter, Sean learned about We Will Rock You, a musical being produced by Calgary-based Annerin Productions.

“Thursday, I graduated from university. Friday, I filmed my scene for the audition,” Sean recalls. “Monday, I was on my way to Toronto for another audition. That day I got the email with the contract attached.”

We Will Rock You is a jukebox musical based on the songs of Queen. It tells the story of a group of musicians and misfits struggling against a totalitarian dystopia.

“It’s sort of an Orwellian story,” Sean states. “It starts off with a killer queen who rules the I-Planet. She’s like your Big Brother. Then you find out that rock has died and pop has taken over. There’s automated artists now. Music is just made for capital gain. Everyone has the same generic identity. But there’s this group of Bohemians who don’t subscribe to that at all.”

The musical details the Bohemian’s quest to find the lost guitar of Freddie Mercury, which will restore freedom of expression and thought to the oppressed populace.

Sean plays Paul McCartney, a Bohemian, and also understudies as Buddy, one of the leads.

“The Bohemians choose their names from what they call the Age of Rock,” Sean explains. “Paul McCartney. Galileo. Scaramouche. Ozzy Osborne. These names are relics to them. Paul is this crazy dude with a blue mohawk and the anarchy symbol on his chest. He’s got his tongue out a lot. He’s just this super raw dude. He’s kind of crazy. I have a lot of fun with it!”

Preparing for the production involved three weeks of rehearsals in Calgary, followed by one week of tech. The musical is slated to run for six months, from August 2019 to the end of February, with the potential to continue past that. The show has graced several prominent stages, including Madison Square Garden.

When asked what his plans are following We Will Rock You, Sean shrugs.

“Who knows?” Sean states. “That’s acting! I’m constantly submitting for things. But it’s such a huge turning point in my life, doing this show. Having an off-Broadway musical on my resume is crazy. And meeting the people I’ve worked with along the way means a lot.”

While this musical is a proverbial feather in his cap, perhaps the greatest gift Sean has received from acting is overcoming his debilitating shyness.

“Getting into acting helped me a lot,” Sean states. “I became more outgoing and more willing to approach people. Now, I take every opportunity to whip something out and hopefully it’s funny. And if it’s not, they’ll tell me. And they have.” 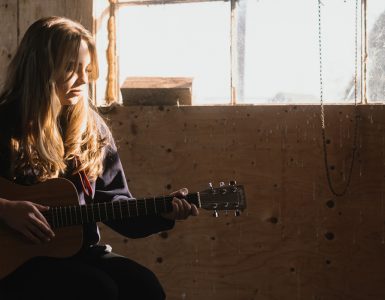 “My style is unique in that it blends classic pop, folk and the work of contemporary singer-songwriters,” Madeline explains. “My sound reflects a real love for that retro pop and soul.” 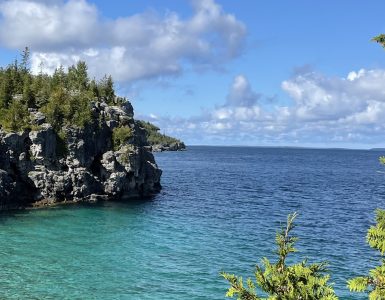 After 20 years, 904.6 kilometres and 60 days of hiking through the Ontario escarpment from Niagara to Tobermory, local mother-daughter duo Mary and Kristine Verbeek officially completed the entire Bruce Trail on... 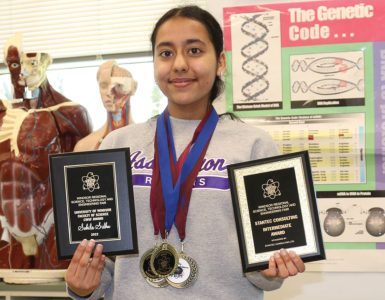 For as long as she can remember, Sohila Kaur Sidhu wanted to become a doctor.