“I worked at Windsor Regional Hospital’s Ouellette Campus and Metropolitan Campus for 35 years,” Dr. Favot states. “I retired about a year and a half ago. It seemed like a young person’s game! I thought it was time to let them take the reins.”

Since retiring, Dr. Favot has busied himself working part-time at the Grand Marais Urgent Care Centre.

However, when COVID-19 struck our community, Dr. Favot was in the process of volunteering at Windsor Regional Hospital’s COVID Clinic. And, despite the severity of the pandemic, Dr. Favot retained an optimistic attitude.

“I practiced medicine for over 35 years,” Dr. Favot explains. “I was never sick a day in my life. I never missed a day of work. If I got a cough or a cold, it would last two or three days, and then it would go away. I remember telling my colleague that I must have the best immune system in the world. I said that if I caught COVID, that I couldn’t imagine it being worse than any other cold.”
However, after a few days at the urgent care clinic, Dr. Favot manifested a couple alarming symptoms.

“I lost my taste buds,” Dr. Favot recalls. “I couldn’t smell or taste anything. One day I was eating my peanut butter and jam sandwich and it didn’t taste like anything. After another couple days, my skin became very sensitive.

Toweling off after a shower felt like rubbing myself down with sandpaper. It was extremely painful.”

Although he never developed a fever, Dr. Favot caught the virus’s other telltale symptoms: a cough and shortness of breath. After a week in self-quarantine, his condition continued to deteriorate.

“My wife didn’t like the way I looked,” Dr. Favot states. “So, she contacted Dr. John Minardi, a close friend and colleague who instructed her to take me to the hospital.

I was still a little stubborn. I told her I was feeling okay. I told her wait a few more hours. But, after half an hour, I decided I couldn’t take it anymore.”

Dr. Favot’s wife, Giuliana, dropped him off at the emergency room. This was not an easy decision for either of them. Thanks to the shutdown, Giuliana was not allowed to enter the hospital. And adding to their distress, she too was suffering from a cough and cold and in the process of self-quarantining.

Dr. Favot was admitted into the COVID room in the emergency room. Once there, he was given laboratory tests, a chest X-ray and intravenous fluids.

“After hydration, I was starting to feel better,” Dr. Favot states. “But my blood-oxygen levels were still low.”

“At one point, I requested to be intubated,” Dr. Favot half-heartedly laughs. “The specialist who was in charge of the ICU, Dr. Eli Malus, explained to my wife that no order to intubate was given. He told her that I was giving orders because I still thought I was running the place. However, after Dr. Malus’s assessment, he moved me to the Intensive Care Ward.”

Different methods of oxygen delivery were attempted, but none were enough to keep the oxygen saturation level in my blood high enough.” With no other options, he was placed on a ventilator.

“I was pretty delirious at that point,” Dr. Favot admits. “I didn’t know what was going on. I actually had it easier than everyone else. I was just lying there for 10 days under heavy sedation. I don’t remember anything about those days.”

During this time, Dr. Favot’s wife was in constant contact with the nursing staff. “My wife was in contact with Dr. Malus and the nursing staff every two hours,” Dr. Favot recalls. “They were phenomenal. They were so comforting to her. She developed a lot of medical knowledge during those three weeks I was in the hospital. She’d write down my oxygen stats and made sure she knew what everything meant.”

For about five to six days, Dr. Favot stabilized. Gradually, his condition began to turn. After 10 days in the ICU, Dr. Malus and the respiratory technicians removed Dr. Favot from the ventilator. However, some lingering delirium remained.

“At one point, I thought I was in an ICU in Rome, Italy,” Dr. Favot laughs. “I remember thinking, ‘Why do they have pictures of my family on the wall? What the hell am I doing here, anyway?’ I started getting paranoid. The nurses were giving me shots to keep me from developing blood clots. One day I started arguing with them. I told the nurse, ‘You’re not giving me a shot.’ They very patiently explained to me what was going on.”

However, Dr. Favot’s time on the ventilator was not without consequence. After being sedated for almost 10 days, Dr. Favot’s muscles began to atrophy.

“I lost about 18 pounds of muscle mass,” Dr. Favot reports. “I couldn’t even lift a glass of water, that’s how weak I was. I had the shakes. I couldn’t even stand beside the bed without assistance.”

After that harrowing ordeal, Dr. Favot was discharged from the hospital.

“Getting discharged from the hospital was the best feeling in the world,” Dr. Favot explains. “They snuck me out the back door, but it was a setup. I was met with an entourage of emergency room staff and ICU staff.”

Dr. Favot returned home to a hero’s welcome. When Dr. Favot and his wife turned onto their street, both sides of the road were packed with family, friends and neighbors.
“It was just unbelievable,” Dr. Favot states. “It was so heartwarming and humbling.”

Dr. Favot is currently back at home, making a recovery.

“Even now, writing is hard,” Dr. Favot states. “Not that I ever had great penmanship to begin with. I still have a bit of a tremor. And I still get short of breath quite easily if I do too much. But, I’m gradually getting my strength back. My wife and I really owe a lot to Dr. Eli Malus, the ICU staff and the emergency room staff. Their compassion and care was second to none.”

Although the world is currently, in Dr. Favot’s own words, “on a reset button,” he warns about the dangers of returning to the way things were too quickly.

“Right now, I’m concerned about a second outbreak,” Dr. Favot states. “And I’m worried about what might happen if the borders open too quickly. Michigan is still a hotspot. I don’t think that things should return to normal until numbers significantly diminish. We need to keep testing people.

I know it’s hard right now. Businesses are suffering. Parents are trying to manage homeschooling while working from home. We’re all missing family and friends. But, we have to be patient. We can’t neglect personal responsibility.”

However, even after everything he’s endured, Dr. Favot’s characteristic optimism has not wavered.

“Things may never be the same, but soon enough, we’ll all be seeing each other again,” Dr. Favot states. 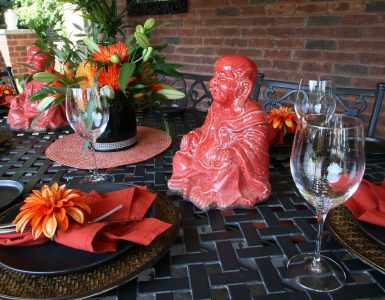 East meets West in a Lakeshore backyard, where the large family can unwind together with yoga in the Zen garden or kick back on Muskoka chairs and roast sausages over the firepit. Savvy landscape design enables them to... 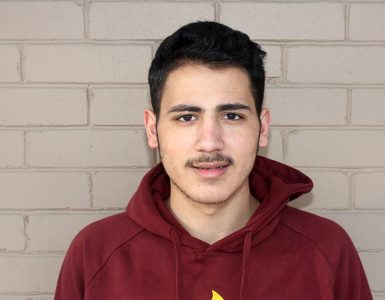 Many of us remember larking our way through our high school CPR lessons. The exercise mats. The pale, featureless training dummies that reminded us of amputated mannequins. Our earnest, beleaguered physical education... 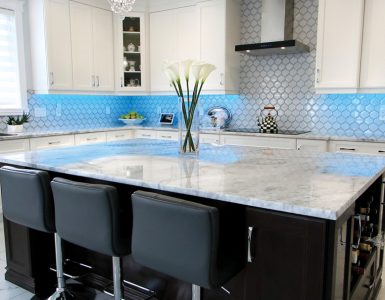