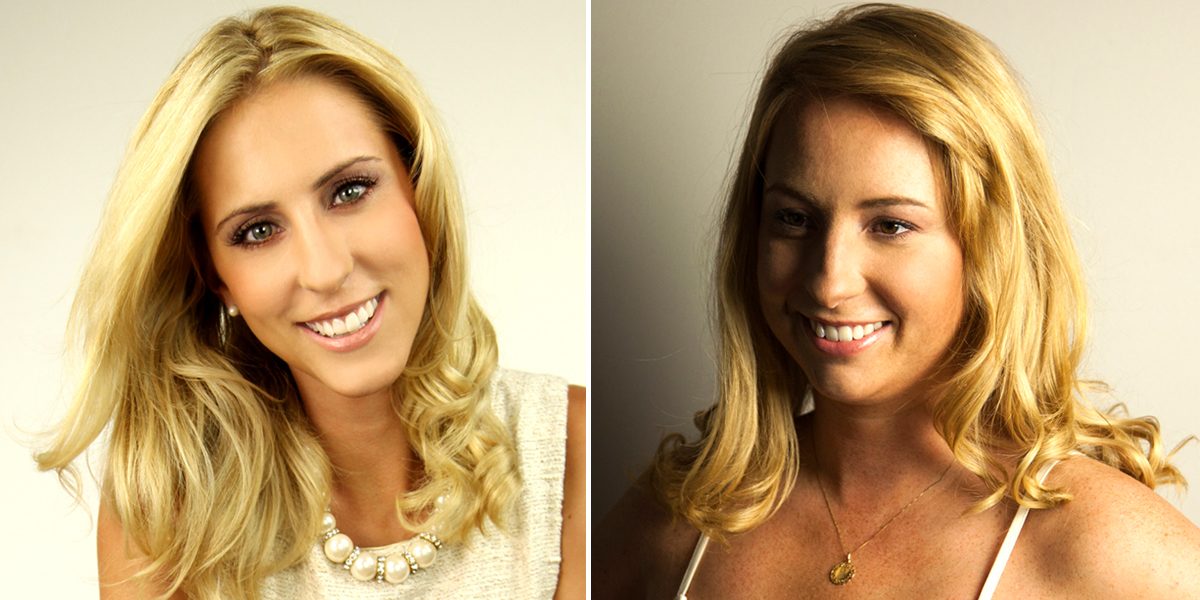 A Voice For Young People

At the age of 24, Yvonne Pilon founded her first tech venture, AD2IT. By the age of 29, she became the President and CEO of WEtech Alliance, making her the youngest woman to lead a Regional Innovation Centre.

“WEtech is one of 17 Regional Innovation Centers in the province of Ontario,” Yvonne explains. “Our mandate is to help technology companies and entrepreneurs start, grow and succeed.”

Sarah Davidson served on the Board of Directors for Workforce WindsorEssex and worked in Evaluations at the Ontario Trillium Foundation. After obtaining her Master’s degree in Public Health at the University of Western Ontario, she took on a direct role at the Canadian Partnership Against Cancer.

“I feel that Windsor set me up for success in a lot of ways,” Sarah explains. “All the work that I did on the ground in that community has translated into my professional life.”

Yvonne and Sarah joined forces to create YNOT Windsor-Essex, an 18-month project funded by the United Way that aimed to build a community of connected, inspired young people who hold meaningful employment, influence big decisions and make a difference in Windsor-Essex.

“At that point in Windsor, there was such an exodus of young people leaving Windsor,” Sarah states. “It was sort of a brain drain. So we started a movement to show everyone that Windsor is a great place to grow up, that there’s lots of opportunities here.”

“The YKNOT Initiative brought together over 200 local young people to talk about transforming Windsor,” Yvonne explains. “We called it the Windsor 180 Summit. That was a great opportunity for the youth of Windsor. There are tons of young people who want to be part of building the Windsor of tomorrow.”

The YNOT Windsor-Essex project had a profound impact on the community. And what’s more, as Yvonne explains, the next generation of Windsor’s working youth has carried their original initiative forward.“For me, it’s a continuum,” Yvonne explains. “YKNOT Windsor-Essex was created when we, this group of young people who wanted to make a difference, needed it. And now that we’ve all moved on, there’s another group of young people trying to do the same thing. It’s an evolution! As I’ve always said, I would never be in the position I’m in today if it wasn’t for the leaders in this community stepping back so that I could step forward. I try to always be a voice for young people.”

Continue reading for the original story we ran on Sarah and Yvonne which
appeared in the February/March 2015 Edition of Windsor Life Magazine:

Connecting With A Sisterhood Of Inspiration

Two local young women truly believe in the power of Windsor-Essex County. Sarah Davidson and Yvonne Pilon talk up the city, pointing out its size as an asset: “There are just two degrees of separation,” says Yvonne, “so it’s easy to get things done.”

Social media helps shorten the distance between those two degrees, bringing people together in the community in infinite and exciting ways.

#YOUbeautymoment is part of that connection. Created by Erika Harnish and Carly Nicodemo to spotlightWindsor-Essex women age 40 years and younger, #YOUbeautymoment is revealing the meaningful ways women are being their own kind of beautiful.

Among their many achievements, Sarah and Yvonne are the creative forces behind YKNOT Windsor-Essex, an 18-month project funded by the Ontario Trillium Foundation in partnership with WEtech Alliance that aims to build a community of connected, inspired young people who hold meaningful employment, influence big decisions and make a difference in Windsor-Essex.

A graduate of the University of Windsor’s International Development and Relations program, Sarah Davidson, 27, is now pursuing a Master of Public Health at the University ofWestern Ontario.

However, the Wiarton native’s connections to Windsor remain vital. In 2014, she was recognized for her community work by the Windsor-Essex Regional Chamber of Commerce with its Rising Leader Award, presented during the Business Excellence Awards ceremony.

Employment opportunities in Windsor have enabled Sarah to work according to her social conscience, first with the AIDS Committee of Windsor and then at United Way/Centraide of Windsor Essex County. As United Way’s Manager of Youth Engagement & New Media, Sarah engaged young people in community life through UnitedWay, using social media to increase visibility and support of the organization’s initiatives and programs.

I feel most confident when I am with my friends who always lift my spirits and love me for me.”

For the past two years, Sarah has worked with the Golden Future South Africa Project to help improve the lives of people living in vulnerable communities. As theWindsor Chapter President in 2014, Sarah led 30 young Windsor-Essex professionals and students as they fundraised $30,000 in three weeks and then traveled with the team to South Africa to implement an outreach project.

Sarah believes strongly in leadership and community interaction and development. Whenever people are able to come together, there is opportunity for something positive to happen.

Yvonne Pilon, 30, first met Sarah Davidson in 2010 during a 10 month Leadership Windsor/Essex Program designed to promote and encourage outstanding leadership by developing the capabilities of citizens who care about the community. Sharing similar goals and commitment, the two women bonded personally and went on to create YKNOT Windsor-Essex together.

The impetus for YKNOT Windsor-Essex emerged from various community events that Yvonne attended, where it was evident she was the youngest person present. She and Sarah decided to make youth participation and presence a priority. They envisioned YKNOT Windsor-Essex’s Youth Retention and Attraction Task Force and secured a grant from the Ontario Trillium Foundation to fund 18 months of action in partnership with WEtech Alliance.

Now halfway into the YKNOT project, Co-chairs Yvonne and Sarah with Co-ordinator Dan Brown are frequently seen out in the public, hosting networking and community events.They initiate conversations about why Windsor-Essex County is a good place to work, live and play and ask young people what they need to stay in the community.

“Asking questions is the first step in sustainable change,” Yvonne says. To help influence that change, YKNOTWindsor-Essex is working with supportive community leaders.

Yvonne, who holds a Bachelor of Commerce Degree from the University of Windsor, is also the President and CEO of WEtech Alliance, an innovation centre focused on driving the growth and success of Windsor-Essex and Chatham-Kent’s technology centric companies and entrepreneurs.

Dedicated to community service, Yvonne was the Promotions & Marketing Services Committee Chair for the 2013 Windsor Essex International Children’s Games and a member of the Games Organizing Team.

She is the Committee Chair of the Windsor-Essex Regional Chamber of Commerce Business Excellence Awards and a volunteer member for the United Way’s GenNext Executive Committee.

Beauty is self-confidence applied directly to the face. Wear it like makeup!”

When Startup Canada’s National Tour visited Windsor in 2012, Yvonne was the lead Co-ordinator for the event that linked entrepreneurs working together to build an environment and culture for entrepreneurial growth and success. She also helped establish Startup Drinks Windsor, which hosts monthly networking events for entrepreneurs.

Now when Yvonne is at a community event, she is not the only representative of her generation. “I’m beginning to see a change,” she says.

Drawing on her own experiences as a young person getting established professionally and personally, Yvonne advises Windsor youth: “Meet as many people as you can. Network and be a part of things. Become a volunteer.”

“Don’t be afraid to fail. When one door closes, another one opens.”