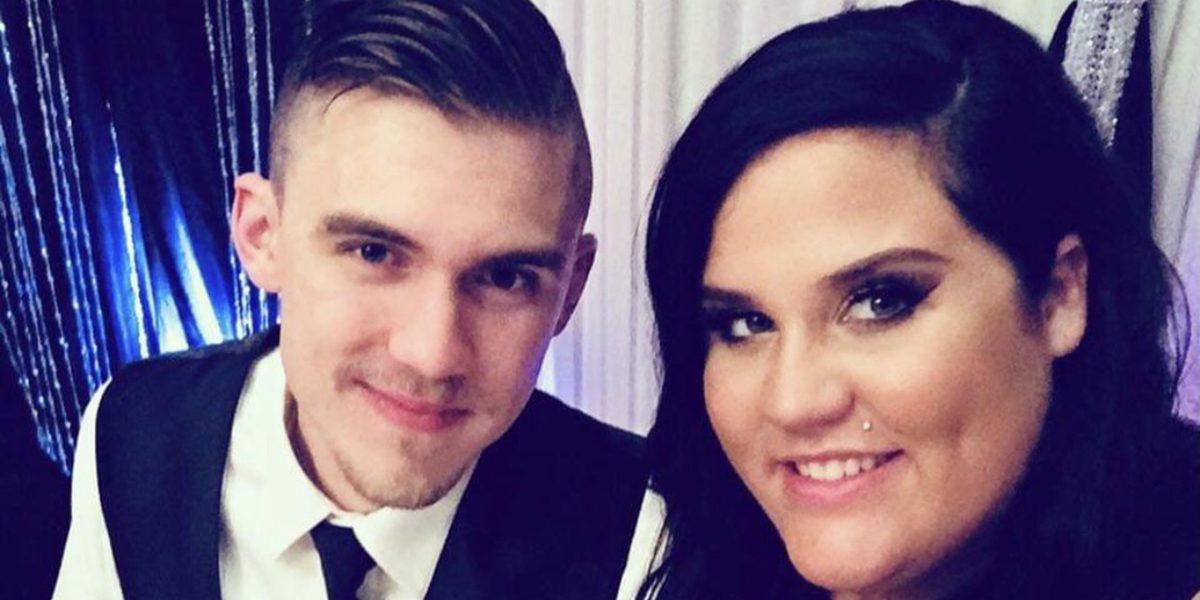 It’s difficult to summarize a soul as loving, as humble and as radiant as Windsor’s Chad Predhomme. But, after his untimely passing in November of last year, his loved ones gathered to share memories of their beloved partner, brother and son.

“Chad was a lifer at Maranatha Christian Academy,” Kim Predhomme, his mother, states. “He went there for fourteen years, from JK to Grade 12. He was the goalie on the soccer team, and on the high school badminton team. He and his brother Nick went to Mr. Kersey’s Karate for several years. He earned his black belt by the time he was in Grade 8. He graduated as an Ontario Scholar. After graduating, he enrolled at the Dental Hygiene program at St. Clair College. That’s where he met Stacey.”

Stacey Sharron, Chad’s girlfriend, smiles as she explains that she and Chad actually met twice.

“First, we met a long time ago,” Stacey explains. “When we were twelve, we were at a Friday night youth group at our church. I specifically remember him standing next to the bathroom door. He was being awkward in the corner. And I said to my sister, ‘Oh, a new boy!’ So my sister and I went and introduced ourselves.”

Stacey considers her and Chad’s official meeting to have been in college.

“I went up to him in the halls and said, ‘Hey, I recognize you!’” Stacey recalls. “And then we were friends. We started dating a little over a year later, when he finally asked me out.”

The two ended up moving to London after Chad and Stacey graduated from St. Clair College in 2015, having been hired by a temp agency there.

“I’ve worked at Voth, Lalani and Parete (VLP) Orthodontic Specialists for almost 33 years,” Kim explains. “The very day I retired, the doctors told me to have Chad come in to spend a day in the office. He did so later that week, and he was so good with the kids that they hired him on the spot! As a child when he came to our office for his braces, Chad just loved the atmosphere, and he’d always wanted to work there, which was why he chose to pursue Dental Hygiene.”

For over six months, Chad commuted to London for the weekends to be with Stacey, who by then had full time employment. Eventually, he and Stacey decided to move back to Windsor.
Nick Predhomme, Chad’s younger brother by four years, describes Chad as a constant source of support.

“I’m a drummer,” Nick states. “I’ve played with a lot of different bands over the years. And, if I ever had a show out of town or in Toronto, he and Stacey would show up. That was the kind of brother he was. He was just eager to spend time with us. There are so many great memories.”

“Once, we were out in Muskoka,” Tim states. “Chad was about seven years old. We went out to the end of the dock. I touched my toe into the water. It must have been around 57 degrees. It was freezing! So, I looked down at Chad and said, ‘I’ll go, if you go.’ And then he jumped! I had no choice but to honour my word, so in I went!”

And, what is perhaps most special about Chad is that, even now, he is continuing to allow the people around him the opportunity to create more memories.

After his passing this November due to complications following a motorcycle accident, Chad’s family allowed the doctors to preserve his organs. Chad ended up donating his heart, lungs, kidneys and liver to other patients who were in need, which was an issue the family felt was important, and had discussed over the past several years.

The Ontario Trillium Foundation later sent a letter to the Predhomme family,
explaining the impact Chad’s gift had: “On behalf of the Trillium Gift of Life Network, please accept our deepest sympathies for the loss of your son, brother and partner Chad. Thank you for allowing him to be an organ and tissue donor.

“Thanks to this generous gift, an adult female with extensive liver damage received a liver transplant.

“An adult female and an adult male, both with end-stage renal disease, received kidney transplants. These fortunate recipients are now free from the many restrictions of their disease and the rigors of dialysis.

“An adult female with irreversible heart disease received a life-saving heart transplant, providing them with a second chance at life. Chad’s heart beats on in this recipient.

“All these individuals were given the opportunity for a longer and better quality of life as a result of your decision. Donors and their families are very special people who have given their unique gift during their time of grief. You have decided to give other individuals the opportunity to live, or the opportunity to live a better life. Nothing can diminish the loss of your loved one. But we hope that you are comforted by the knowledge that you and your loved one have helped others with your gift of life.”

After his passing, many members of the community stepped forward to express how much Chad had impacted their lives over the years. Dozens of his clients at VLP Orthodontics took to social media to share condolences and memories.

“He was always so sweet with Brenna and I during our visits,” Tara writes.

“He was always so sweet to my daughter during our appointments and always had a smile on his face,” Margaret writes.

“Chad was always so kind and helpful whenever we came in for our appointments,” Jenn writes.

“Chad was mostly with the same kids from JK to Grade 12 at Maranatha,” Kim states. “We know that when teenagers are in high school, there’s a lot of angst. You doubt your self-worth. On top of that, Chad suffered from a severe skin condition. But apparently, regardless of that, we were proud to learn that he helped one classmate and another student with their personal circumstances. Even though he had his own issues, he cared enough to help them through theirs.”

“When he was in Grade 12, instead of going off to Florida, the class went for ten days down to Nicaragua on a mission trip,” Kim recalls. “They spent their whole time there travelling around and helping with construction projects. Chad was a guitarist, and he and his classmates would go and sing and play music in these villages. And, they had learned to make balloon animals for everyone. But, on the last day of his trip, they went to this one village. There were all these kids under the age of eight. He’d made this girl a balloon animal, but he didn’t have one for her little sister.”

Chad sprinted back to the camp to get the little girl a balloon animal. Unfortunately, the bus was packed and they were ready to leave.

The Predhomme family express pride in the fact that, through donating his organs, Chad is continuing to help others.

“It’s a fantastic feeling,” Tim explains. “It’s exactly what Chad would have wanted.”