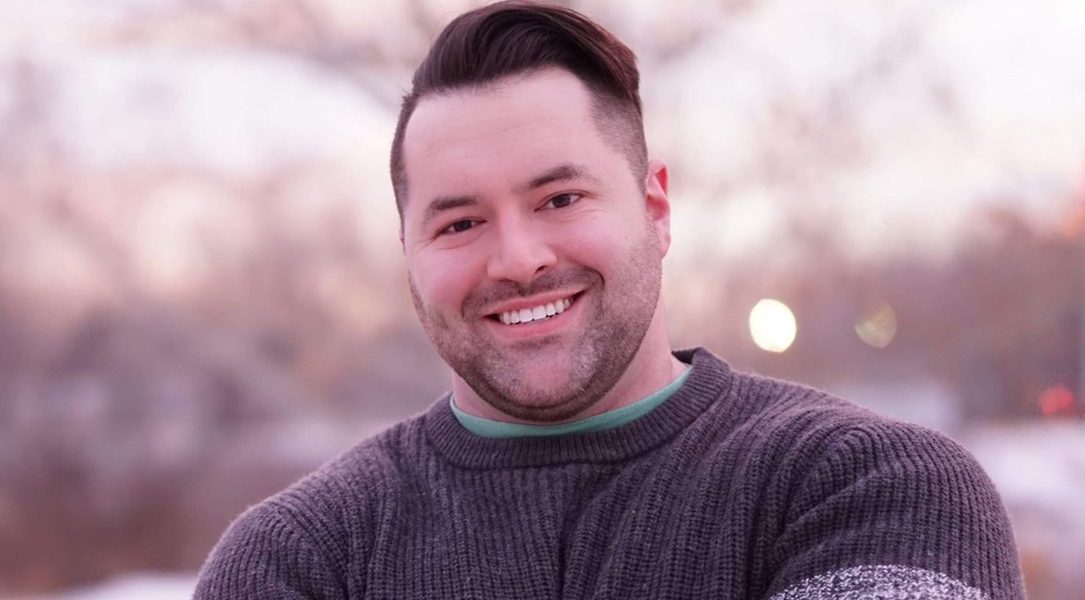 If Dane Jacob Dillon has a fatal flaw, it’s this: He can be talked into things. Dane is a 29-year-old award-winning bodybuilder and powerlifter. A Chatham native, Dane is currently ranked among the top 10 all-time powerlifters in the world—in both the 125 kg (275 lbs.) and 140 kg (308 lbs.) weight classes.

His rise to success started 15 years ago, thanks to the pushing and prodding of a certain high school biology teacher.

“When I was in high school, I played for the football team,” Dane recalls. “It was there that I got into training a little bit. Really, it was all because of my high school football coach, Mr. Rybansky. Basically, every time he saw me in the hall he would say, ‘What do you bench? What do you bench?’ And I would say, ‘I don’t know. Probably the same that I benched at tryouts.’”

By the 10th grade, Mr. Rybansky’s insistence wore Dane down.

“I decided to give it a shot,” Dane states. “From there, I realized that I had gained a lot of strength very quickly. But, at the time, I was still primarily focused on football.”

After graduating high school, Dane enrolled in the University of Windsor’s Sociology program. And importantly, he decided not to pursue university football.

“Really, my first year of university was my only year away from training since I was 15,” Dane explains. “I tried a few things, but I couldn’t really get into them. I also gained some weight during my first year—falling victim to the Freshman 15 that everyone talks about. I wasn’t as strong or as fit as I normally was. I started to feel like I needed a purpose.”

After resting on his laurels for a whole year, Dane made an important decision.

“I decided that I needed something to be working towards,” Dane states. “So, after my first year, I thought, ‘Well, I don’t really know where this is going to go, but I want to become as big and as strong and as fit as possible!’”

Dane threw himself back into his training—hitting the gym harder than ever before. After a couple months, he realized that his efforts had not gone unnoticed.

“A friend approached me at the gym,” Dane recalls. “He said, ‘Hey, I see you have been training. You are making a ton of progress. Have you ever considered bodybuilding?’ And I said, ‘Well… no. What exactly is it? What exactly do I have to do?’”

Just as before, Dane found himself roped into something beyond what he anticipated.

“My friend said, ‘Well, just give it a shot,’” Dane explains. “‘I’m doing this competition next spring. You should do it with me.’ So, I decided to follow his lead.”

For several years, Dane was a dedicated bodybuilder.

“Bodybuilding is all about how you look,” Dane states. “At performances, there’s a panel of judges– usually eight—that will grade you on your physique. You go up on stage. You wear your little posing trunks. You want to get very lean. You want to be as muscular as you can be. It’s all about muscle symmetry. It’s all about the judges’ perception of how you look relative to how everyone else looks.”

Thanks to the focus on aesthetics, the most important part of bodybuilding often takes place in the kitchen rather than the gym.

“Bodybuilding involves a lot of repetition,” Dane explains. “It’s all about building up the muscle as much as possible. And the nutrition component is a big one.

Nutrition is probably more important in bodybuilding than it is in any other sport. I was weighing every single gram, every single piece of food that I ate. It’s all about ensuring that all the hard work you put into building up those muscles doesn’t go to waste. It’s all about being able to properly display that work on stage. It can be a bit draining.”

As it turned out, Dane was a spirited bodybuilder. Within a few months, he went pro with the National Physique & Athletics Association (NPAA).

However, by 2015, Dane’s enthusiasm for the sport was waning.

“Bodybuilding was fun and all,” Dane explains. “But, I realized that I was just naturally stronger than my competition. And it was never easy for me to stay that lean. I’ve done four bodybuilding competitions at that point—and the dieting portion gets real old real fast! I am not naturally that slim of a guy. My last show I lost about 43 pounds to prepare for the competition.”

As expected, an older friend of Dane’s used this opportunity to bend his ear about a new sport: powerlifting.

“Over the course of a couple years he kept encouraging me to try it,” Dane recalls. He’d say, ‘You’re the strongest guy I’ve ever seen. Just try powerlifting. Just try it.’ Finally, he wore me down and I decided to give it a shot.”

“Powerlifting is all about your squat-bench-dead lift,” Dane explains. “It focuses on your one rep max. The maximum amount of weight you can lift—one time.”

Dane also discovered that the social aspect of each sport was radically different.

“Bodybuilding is all about you,” Dane states. “It is all about someone’s opinion of you. This causes you to overvalue the perceptions of others. As a result, people are—at least from my experience!—more negative towards themselves and their competition. Powerlifting, meanwhile, is very black and white. You either lift the weight or you don’t. Mind you, there are a panel of judges there to determine whether a lift was quality or not. But, there’s a lot less opinion put into it. So, because of that, I found that everyone was much more supportive. Everyone wants everyone else just to do the best they can.”

Dane has competed at several powerlifting competitions over the years—including venues at Salt Lake City, Los Angeles (where he won the L.A. Fit Expo in 2019) and
all throughout Alberta. Most recently, last November, he traveled to Edmonton to enter the men’s 140-kg class at the World Raw Powerlifting Federation’s Shell Shock V competition.

“That was where I did my heaviest lifts,” Dane explains. “It’s where I broke the most records and surpassed my own personal limits. I reached every goal I set for this competition. I had a goal of squatting over 800 pounds, and I squatted 804. I bench pressed 518 pounds. And I deadlifted 887—the heaviest deadlift ever done by a Canadian.”

Dane won first place at the competition with a total lift of 1,002.5 kilograms, the second-highest total in any weight class in Canadian history.

And now that he has reached such heights, Dane is content to briefly rest and take in the view.

“Right after that competition, I made a bunch of plans to compete in other events,” Dane admits. “Right after you win competitions, you’re on a bit of a high! But now that I’ve calmed down, I don’t have any future shows lined up. I hit all my goals during the last competition. I’ve basically decided to focus on my overall health, instead of my lifting records. After talking to my wife, we decided it’d probably be better if I wasn’t 310 pounds!”

Dane currently lives in Grand Prairie, Alberta with his wife, Michelle. He is in the process of completing his Master of Business Administration (MBA) with a specialization in Finance.