Alyssa Boston, a 24-year-old from Tecumseh, was recently crowned Miss Universe Canada. Alyssa will be representing Canada at the 68th Miss Universe competition later this year, which will be hosted by Steve Harvey.

Full of fits and starts, Alyssa’s modelling career has been a five-year long journey that has taken her all over the world, from Poland to Egypt.

Alyssa’s first major victory came in 2015, when she won Miss Swimsuit Canada. This achievement allowed her to compete in Punta Cana for two consecutive years, representing Canada. She later won Miss Supranational Canada, one of the top five pageants in the world, after being first runner up as Miss World Canada.

This year, Alyssa decided to compete as Miss Universe Canada. The competition took place at the John Bassett Theatre in the Metro Toronto Convention Centre in August. There, Alyssa was pitted against 50 other girls for the title.

“When you’re surrounded by 50 other beautiful girls from Canada, it can be hard to stay in your own space and focus on yourself,” Alyssa admits. “In this industry, you always want to compare yourself to who you’re competing against. But, you just have to focus on your greatest strengths and not let the other girls intimidate you. Because if you’re showing up there in your best physical and mental state, you should be pretty confident going in.”

Alyssa credits her previous pageant coaches with helping her develop her ironclad confidence.

“Over the years I’ve grown to love myself even more,” Alyssa states. “I’ve had a couple great pageant coaches that have given me such positive messages. You kind of turn into this whole other person that you never thought you could be. You’re just so happy and content with who you are and what you have that it just radiates through your performance.”

“I was in shock,” Alyssa admits. “My whole family was in the audience. There was about 14 of them that came to watch me. I saw them all jump in the air and heard them scream. It was such a surreal moment. I was so happy they got to witness it.”

However, for Alyssa, the most rewarding part of winning the Miss Universe Canada 2019 pageant was the bonds she formed along the way.

“My proudest moment was after I won, when all the other girls hugged me,” Alyssa states. “After you win at a pageant, all the girls will run up to you and hug you for the cameras. But I genuinely felt like these girls were happy for me. I made so many friends that week in Toronto. Over the years I used to be so in my own shell. I was kind of shy. But this year I really took the initiative to make as many friends as I could and be a role model to all the girls there. Having these girls generally be so happy for me, it made me feel so much better winning. It really helps us empower each other, for everyone to be together in this great positive mindset.”

And Alyssa’s experiences are not altogether that unusual. Pageants, Alyssa states, are remarkably inclusive, empowering spaces.

“I consider pageants body positive places,” Alyssa explains. “The internet is crazy and always says negative things about you even if they’re not true. People edit photos and make a mess of things. But pageants aren’t like that. There’s no specific size or height you have to be. You just have to be healthy. Some girls are built a different way, so there’s no reason that they should have to be a size zero or a size two. Some girls are more muscular than others. Some are leaner. However your body looks, that’s how you should show up. There’s no specific approach for what you should look like. The current Miss USA is a D1 athlete.”

A date has not been confirmed for the Miss Universe 2019 pageant. And while the road ahead remains challenging, Alyssa remains characteristically optimistic.

“There’s still a lot of work to do,” Alyssa admits. “These other countries live and breathe pageants, so it’s a different level to compete at. But, I’m definitely up for the challenge. I’m ready to work hard to be the best in the universe.”

Working hard is something Alyssa seems to excel at. A graduate of the University of Windsor’s Odette School of Business with a Bachelor of Commerce, Alyssa currently works on the marketing team for Muscle Cars and Classics. She also serves at the Kildare House and works as a Community Living Companion.

“Don’t be afraid to try something new,” Alyssa says. “I think a lot of people stick to what they like and don’t really want to venture out. But you never know what you like until you try it. There’s a lot of local pageants, like Miss Tecumseh or the Western Ontario pageant.”

However, Alyssa stresses that the most important quality for any model to have is persistence.

“I took a lot of rejection,” Alyssa states. “There’s so many times I just never placed, or I didn’t do as well as I thought I should have. You have to stay in a positive mindset and keep trying. I really do love pageants. I believe that they empower women. They’re always something I wanted to be involved in. But rejection is challenging no matter what career you’re in. You have to keep going even if you feel that you didn’t get what you deserved and that your hard work wasn’t good enough. You have to keep moving, keep trying. It’s taken me years to get to where I am, but it was worth all the hard work. And, here I am. I did it.” 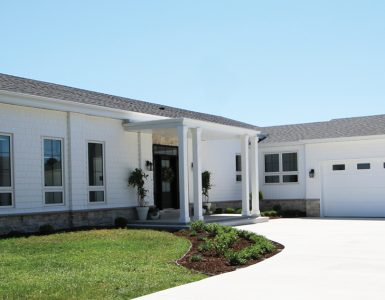 When Mara Hall looked out the window of her Leamington farmhouse, she didn’t see a barn on the other side of the driveway—she saw a home. 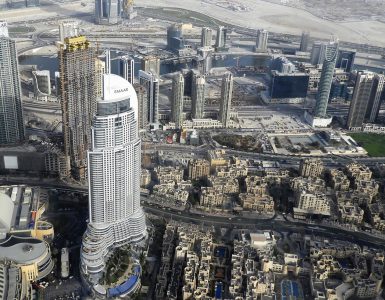 The Emirate of Dubai

With its futuristic skyscrapers casting a fantastical cityscape, Dubai, glimpsed through a shimmering sunset sinking into the Arabian Desert, makes a convincing mirage. The megacity on the Persian Gulf coast has come a... 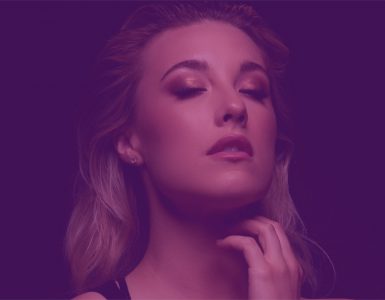 Her sound has an immediate orchestral feel, which translates into a grand sense of scale. But then, before the track can become too austere, a light, poppy beat edges into the mix, giving the song an electric jolt of...