Here’s one for nature lovers. ‘Southern Ontario’s National Parks’ is a new book that details six of Canada’s National Parks in one beautifully photographed and written publication. The author is Montreal native Glenn Perrett who has lived in Ontario since he was 3 years old. He holds a degree in Environmental Studies from the University of Waterloo. Perrett is married to Lynn and is the father of 2 children. For the past 31 years, he’s been a resident of Mulmur, a small township with a population of about 3,000 located in Dufferin County about 20 miles west of Alliston. A freelance writer who describes himself as semi-retired, he enjoys canoeing, hiking, walking his dogs and spending time in the outdoors. He’s an avowed animal advocate and is vitally concerned about the environment. His main job was a seven year stint with the Ontario SPCA and he’s written numerous magazine articles and has published two previous books.

“I wrote this book,” he says, “primarily to let people know there are six national parks in southern Ontario, something I didn’t know until I was asked to write an article about the Georgian Bay Islands National Park about 10 years ago. After going there several times and the finding out there were five other national parks virtually in our backyard, I decided to investigate further.” He says national parks are exceptional and very impressive…easily reached by car, adding that spending time in nature is good for one’s physical and mental health. “There are many studies that have come out recently indicating that nature aids in combatting depression, helps our immune system and aids in academic performance.”

Perrett says he spent nearly 2 years compiling all the information and writing the immensely detailed book after he and his wife visited each of the parks multiple times and conducted research from various sources. The project began in 2015 and took nearly 5 years to complete. The book was finally released on the first of September this year.

It provides an intimate look at Point Pelee National Park, Bruce Peninsula National Park, Fathom Five National Marine Park, Georgian Bay Islands National Park, Rouge National Urban Park and Thousand Islands National Park. Each of the chapters contains beautiful color photographs, highlights of things to do, and a history of the park. And, as the author states, “I was surprised to learn that here in Southern Ontario, you don’t have to travel far to find a national park.” That’s particularly good news for vacationers with limited budgets and time.

In the book’s introduction, the author takes a brief look at each of the parks and delves into our province’s natural resources and the lack of knowledge that most of us have regarding nature’s bounties. “In Southwestern Ontario for instance,” he writes, “lies Point Pelee National Park…a park located not far from where I spent seven years of my childhood in Sarnia.”

Located just 50 kilometers southeast of Windsor and one of Canada’s oldest and smallest national parks, Point Pelee is the most southern point of mainland in Canada. It was established in 1918 and to this day remains one of the major visitor attractions in Windsor-Essex. Statistics from the 2016-17 season show that nearly 333,300 people took advantage of Pelee’s numerous amenities. “Although it’s primarily a day use park, there is much to do here including hiking the park’s numerous trails, bird watching, canoeing and kayaking, swimming, photography, bicycling and picnicking.” It’s recognized as an International Butterfly Reserve and was designed an Important Bird Area in 1998. “Many people associate Point Pelee with bird watching – and for good reason,” writes Perrett, “This sand spit that extends approximately nine kilometers into Lake Erie is an important stopover for migrating birds, giving bird watchers a wonderful opportunity to observe and photograph any of the more than 390 species known to have lived in, or passed through the park.”

The park has also been categorized as a Dark Sky Preserve since 2006, indicating that “preserving the night sky is important for all species and an essential goal for parks that have a mandate of protecting animals and biodiversity.” One of the most popular attractions is the one-kilometer long boardwalk which winds its way through the massive marsh area and attracts thousands of people each year for a healthy, educational walk. The back story of the Point is a fascinating one. As Perrett notes, “Point Pelee’s human history stretches back thousands of years to when First Nations people camped and hunted on the peninsula.” It was named by French settlers…Pelee meaning ‘bald’ or ‘bare’, in reference to its sparse vegetation.

Each of the six parks is the subject of a dedicated chapter in Perrett’s book which contains more than 200 color photographs, 9 maps and 17 sidebars. There is a chapter on the many health benefits of nature and another dealing with park etiquette, safety and minimal footprints.

At $34.95 a copy, the book is a treasure trove for park lovers and a terrific conduit to anyone interested in learning more about southern Ontario. It’s available online from Indigo, Chapters and Amazon.ca and is on the shelves at some smaller independent stores in Central Ontario. Several libraries which have the book on their shelves are reporting lengthy waiting lists. 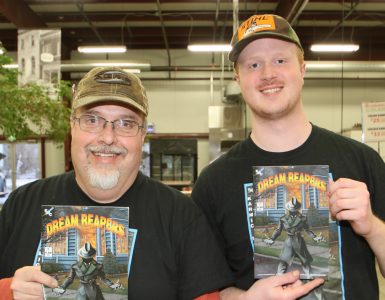 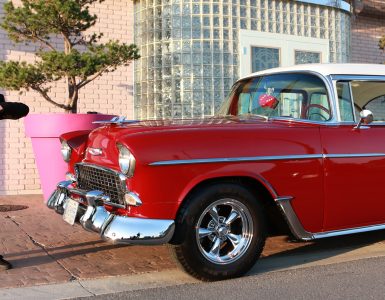 There is a special challenge for theatre performers to live up to the age-old belief—“The show must go on!” 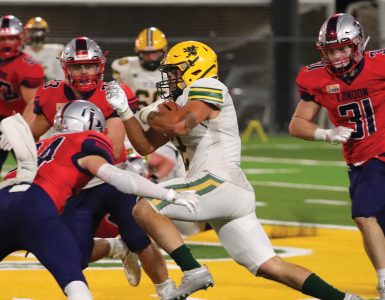 were able to see the St. Clair College’s Fratmen football team return to the field.