70s Rock At Its Purest

The ‘United Snakes’ was founded by Mark Chichkan, a self-described ‘gun for hire’ guitarist who has gained prominence in the local music scene, not only for his work in a number of great bands, but for his solo career as well. He’s one of those rare people that thrives on hard work, especially music. He’s over the age of 50 and clzaims to have mellowed a bit. And, almost as old as he is, Mark still plays his treasured, vintage Gibson Les Paul solid-body guitar given to him by his father more than 40 years ago.

“Chich”, as he’s affectionately known by his peers, was born in Windsor. Music played a prominent role in his formative years. His grandfather, who had emigrated from Russia played a number of instruments. His grandmother was a guitarist and singer, his father played the guitar and his mother sang. Other relatives also chimed in with their musical talents. So it was no wonder that this young man would eventually envelope himself in music.

The Snakes, organized in 1989, were the house band at the popular Rum Runners club. Chichkan, also a guitarist for ‘The Hitmen’ at the time, decided to spice things up a bit, so a jam night was organized every Tuesday. That event became so successful, that Mark left the Hitmen and the United Snakes decided to take their popularity to the next level. “We played our first show together as a band at Penrod’s on Forest Avenue,” says Mark. “It was a New Year’s Eve party and went extremely well, so well in fact that we decided to go full time.” Back then, the Snakes were a cover band that played heavier rock with a big emphasis on the keyboard …material from Yes and Deep Purple just to mention a couple. “And since we had this terrific keyboard player, Tony Calabrese, probably one of the best in the city, we did stuff that other bands simply weren’t able to do.” Calabrese, by the way, has been with the Snakes since the beginning.

Mitch Taylor, the United Snakes original bass player is still with the band today. He also supplies bass lines for ‘Simply Queen’, the highly successful Queen tribute group in the city that’s riding high on the coattails of ‘Bohemian Rhapsody’, the movie about the late Freddy Mercury and Queen, which is currently one of the hottest groups in the world. And just recently, Taylor and fellow United Snakes drummer Jim Bonventre signed with a Van Halen tribute band. Although employed by Ground Effects, Taylor considers himself a full-time musician.

Bonventre also keeps the beat as on drums for ‘Greatest Hits Live’. He’s the only non-original member of the Snakes and is described by Chichkan as ‘the new guy’ in the band, even though he’s been a member for 7 years.

The United Snakes could be seen as being somewhat of a rebel band since much of their material is music that other groups have avoided. While there have been a few personnel changes over the years, the three original members—Chichkan, Taylor and Calabrese continuously evolve the music, tackling the real tough stuff. “Given our great lineup of players,” says Mark, “we always relied on a strong keyboard element and were able to tackle almost anything we wanted. Vocally, everybody sang so we had four harmonies going and we presented stuff that nobody else was doing.” On occasion the move backfired since some of the tunes had a tendency to keep some patrons off the dance floor. “We tried to keep our shows high-energy,” says Chichkan, “and through the years, like everybody else, we worked with the music that was on the radio so we could keep everybody happy. At the same time we mixed in more progressive stuff that we loved because we didn’t want to sell ourselves out to the business. That’s why today we are a 70s rock tribute. 4 or 5 years ago, we went back to the stuff we began with because that is our strong point.”

People attending a United Snakes show get the full 70s experience. Band members hit the stage wearing 70s-style clothing.…the bell bottoms, velvet, etc. Song selection is ‘meticulous’, designed to give audiences something that they can’t get from any other band. In fact, in Mark Chichkan’s own words: “We’re not really a club band anymore, even though we like to see folks dance to our music. We’ve directed our efforts more to casinos and festivals. And, while it’s a tougher sell, we’ve had good success and are very happy with what we’re doing and how we’re doing it. Fortunately, we’ve been around a long time and have a good nucleus of people that still want to see the band. We haven’t totally abandoned the club scene and still manage to get people off their seats.” The ‘United Snakes’ took a 9 year hiatus before reforming in 2009. Mark toured with the Canadian award-winning band ‘Helix’. When the Snakes reformed, they were a three-piece combo, still playing hard rock but without the keyboard player. “However, when he saw how much fun we were having, he came back,” says Chichkan.

As for Mark, who made his first club appearances at the age of 15, he’s still working just as hard as ever with up to 16 gigs a month despite the face he claims to be “cutting down”. Not only does he play in the ‘United Snakes’, but he’s also in three other bands….. ‘Bomb Squad’, ‘Riot House’ and ‘80s Inc.’…not to mention his solo acoustic efforts on both sides of the river. In fact, it’s those solo appearances with his trusty guitar and digital effects gear, that provide him with his greatest source of income. The remaining members of the ‘United Snakes’ are also in other groups. They are true musical professionals, completely dedicated to their craft. About the most complicated thing right now, is for the guys to co-ordinate their various duties into workable schedules. Incidentally, the Snakes’ next appearance is November 15th at Cosmos Lounge at Caesar’s downtown.

And, just recently, the band recorded the Led Zeppelin classic ‘Kashmir’ at the Highland Recording studios. The session featured a number of the area’s top musicians who participated in assembling a compilation disc. Sponsored by the Pitt Street ‘On a Roll Sushi and Sliders’ restaurant, proceeds from the sale of the disc, expected to be released soon, will be donated to the downtown mission. A commemorative concert featuring the bands on the disc will likely be held in the new year. “We’re excited to be a part of that,” says Mark, “as we can give back to the community which has been so good to us over the years.” The project was engineered by Luc Michaud, who also happens to be the newest member of the Bigg Wiggle…one of the area’s most popular dance bands. For the latest on the United Snakes, log on to unitedsnakes70srock.com. To find out what Mark Chichkan’s up to, check out markchichkan.com. 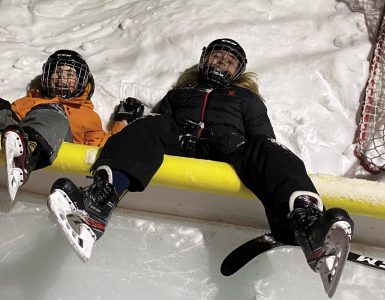 As winter comes on, thoughts turn to the good old hockey game—on TV, at the local arena and, for some, in their very own backyard. 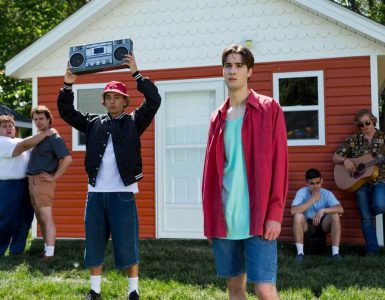 Windsor, one could argue, is a city of misconceptions. One of the most common being that it is not a fertile community for artists. However, as both long-time residents and newcomers can attest to, Windsor is a city of... 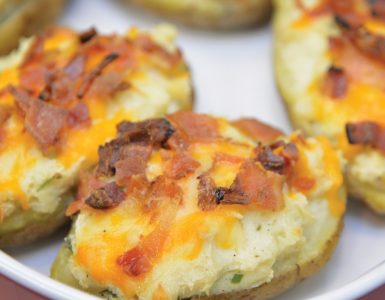 When NFL Super Bowl LIV kicks off on Feb. 2 in Miami, Derrick Drouillard will be at home in Windsor with his two teenage kids and sports-loving friends.