Her sound has an immediate orchestral feel, which translates into a grand sense of scale. But then, before the track can become too austere, a light, poppy beat edges into the mix, giving the song an electric jolt of momentum. There’s a multiplicity of genres and styles on display here, including traces of country, R&B, soul and pop.

It’s music that is totally unique to Alyssa Gill, a Tecumseh-born Toronto-based musician.

For Alyssa, discovering her own unique style involved a lifelong process of self-discovery that began at an early age, with the piano. “I’ve been in music my whole life,” Alyssa states. “I used to play the piano, classically. Then I started singing. From there, I looked for activities and groups I could be a part of. Vocal class. Talent shows. Any sort of open mike nights. I never stopped. If there was something I could perform at, I was there. I did a lot of writing. A lot of reflecting on who I was as an artist.”

Initially, Alyssa’s performances contained much more of a rural, country flavour, as opposed to the bubbling stew that her music would later become.

“I originally started singing country music,” Alyssa recalls. “I was a country artist for quite some time. And then, once I finished university, I realized that as much as I love the genre, it’s a very linear sound. There’s not a lot that changes, which is part of the beauty of it. But I felt that I was evolving as an artist.”

When asked to characterize her trajectory as an artist, Alyssa just smiles. “I feel like now, my sound is more pop,” Alyssa states. “It’s the best way to describe it, because it’s pop culture. It’s very relatable. I would almost describe it as an epic sound. Very soundtrack-like. It’s my whole musical experience thus far. There’s some soul in there. A little bit of blues. A little bit of R&B. And even an alternative Adele-style ballad. It encompasses a lot of different things. I think that’s just why it’s so special to me. Before, I felt I was trying to adapt a sound that wasn’t really mine. I was trying to copy a sound. Now, I have a sound that is just me.”

Developing her own distinct musical fingerprint was a difficult mountain for Alyssa to climb. Aside from the years of rebranding and reverse engineering her own instincts, eking out her own identity primarily involved coming to terms with one thing: vulnerability.

“I have this weird connection with vulnerability,” Alyssa admits. “Because I find it to be very scary and, at the same time, the most powerful and amazing thing in the world. I think that’s what a lot of people fear, that scariness. Because sometimes you have to go through your fear in order to reach that amazing love and empowerment and passion on the other side. You have to push those boundaries. Ask questions that you don’t want to. Do things that you’re not comfortable with. It can be so hard. I try to write about those tough moments, because they’re so relatable. When I’m listening to music, the music that I’ll put on repeat is the stuff that I can relate to. That’s just what touches me. I admire artists who can do that. And I want to do the same for my fans.”

After embracing a more authentic portrait of herself as a person and an artist, Alyssa began the momentous overhaul of rebranding her image. “I feel like the image that I had before had a bit more of a sexual-sexy kind of vibe,” Alyssa explains. “Which, don’t get me wrong. I’m still a sensual person. And I still have that in my music. But right now I’m going for a bit of a real, raw kind of brand. This brand is a little bit darker, but still having a sort of lightness about it. But it’s very much about me being comfortable with me. I’m trying not to try as hard. I guess that’s the best way I can put it. It’s a mixture of raw and glam. I love glam. I love dressing up. Hair. Makeup. Photography. Art. But at the same time, my music is very real. It’s very literal. I write very literally. I think that’s where the two of them come together.”

What’s more, Alyssa’s songs do not just explore her own internal world. Her music encompasses a broad range of voices and experiences. “I write from many different perspectives,” Alyssa states. “When someone I love feels something, I can feel that same emotion they’re feeling. Whenever someone that I care about is going through a hard time, I try to put myself in their situation to see how I would feel. And then, I draw from that. You can’t just write about yourself all the time. You have to expose yourself to different concepts. I love writing about new states of being.”

Alyssa’s debut album, State of Being, drops this January. The first in a three-part series, the album deals with Alyssa’s trademark sense of authenticity and vulnerability. “I basically wrote this album as a concept,” Alyssa explains. “I wrote down all our song titles to see what I could come up with. I thought about the larger themes and they were vulnerability, anger and love. So this first chapter is all about being vulnerable. Anger is my second chapter. Love is my last chapter. Every single song encompasses those feelings. It all flows together.”

Although Alyssa credits many people for the completion of her first album, she admits that this is primarily a journey she has undertaken alone. “It’s been quite a journey,” Alyssa states. “I’m so appreciative and thankful for everybody I’ve worked with, because they’ve pushed me to that next level. But I don’t have specific management. The main producer I’m working with is my current ‘acting manager,’ but in regards to contracts and logistics, I’m trying to do everything on my own. And, at the moment, there’s nothing more gratifying. I want to keep going down this path. A lot of artists are doing it on their own. And that’s a lot to be said, because there’s so much to do.” 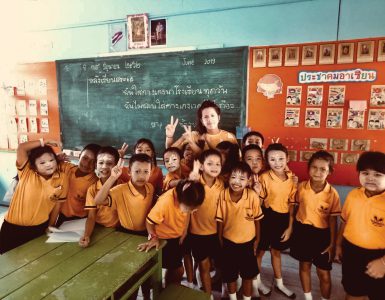 Thai Mueang, Thailand is as far from Harrow as Brittany Rocheleau has ever travelled, yet it reminds her of her hometown. A small friendly community where everybody knows one another. The similarities end there. 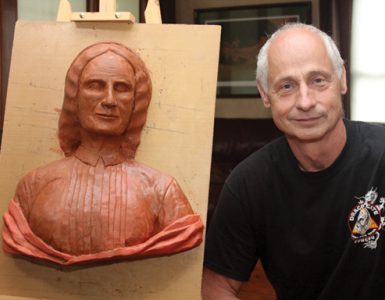 A few months ago, Windsor’s medical community was dealt a staggering blow when the bust of Jeanne Mance was stolen from Windsor Regional Hospital’s Ouellette campus. 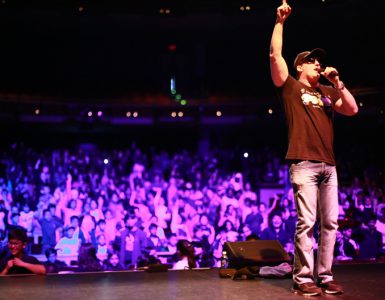 At the end of May, a documentary premiered on Cogeco’s YourTV network entitled: Pourquoi Take French: 25 Years of Étienne or The Accidental Rockstar. The documentary was the result of a collaboration between two local...