When asked to describe blues music, Neil Fowler of the ABX Blues Project points to the unity of the soundscape. “Basic. Raw. An old blues guy in Detroit used to call it the 1-2-3,” Neil states. “Everything is three chords. And the amazing thing about blues, to me, is how you can take a song that always has three chords, always has a verse that repeats the first line, and make thousands and thousands and thousands of songs.”

The ABX Blues Project is a local band consisting of four members: Neil Fowler, the guitarist/singer/songwriter, Owen Jones, the singer/drummer (and retired Music Editor for The Windsor Star), Dave Morris, the guitarist and Murray Nosanchuk, the bassist. “We’ve been together about 15 years,” Neil states. “We’ve all spread our roots here. It just started off as four friends getting together. We jammed for the better part of a year. We did our first gig in 2005.”

At the time, the ABX Blues Project was known as Blue Steel. “We were blues guys and I played steel guitar,” Neil shrugs. “It was a no-brainer.”

After a couple of years, Blue Steel underwent something of an ideological shift. “We changed our name to ABX in reference to Detroit Radio WABX,” Neil explains. “We started doing Beatles, the Stones, the Who, King Crimson, Frank Zappa. For a while, we were even doing Detroit Punk.”

While the band has experimented with a wide variety of sounds and styles, Neil and the others could never quite rid their music of a faint undercurrent of blues.


“We all have a lot of musical interests,” Neil states. “So, we’ve done a lot of things in this band. But we’ve always gone back to our roots. We’re doing Southern Blues, British Blues, Chicago Blues. We’ve always been blues-based. We’ve always done one whole set of blues and steel guitar.”

Neil points to the tradition blues music as part of its enduring appeal. “Blues is the basis for everything,” Neil explains. “Everything that we love, all classic rock, is based on the blues. It all goes back to Muddy Waters and Willie Dixon. Chicago. The Mississippi Deltas, to take it back even further. It’s all built on that. And all the stuff we grew up with was just young British kids trying to imitate Muddy Waters!”

In addition to serving as the guitarist for the band, Neil has also contributed a number of original pieces. “My process varies,” Neil admits. “It always starts with a hook, whether it’s a musical hook or a lyrical hook. The first song I wrote was called ‘Driving Out of Tupelo.’ I wrote it because I was driving out of Tupelo, Mississippi on my way to Memphis. It was a hook that came to me. We even recorded the song at Sun Studio in Memphis, last year. Which was amazing. It’s where everything began. In Memphis.”

As Neil explains, Memphis is to blues and rock and roll what Nashville is to country music. Notable artists such as B.B. King, Johnny Cash and Elvis Presley all got their start at Sun Studio. “When we saw the contest for the Canada South Blues Society, and that they were calling it the ‘Road to Memphis 2020,’ it just seemed natural,” Neil recalls. “I talked to the boys and said, ‘We should go into this.’ And we thought, ‘There’s a lot of great blues in town, but let’s just go have some fun.’”

The Canada South Blues Society Blues Challenge took place in September. By the second night, ABX Blues Project was among three of the finalists, including the Blues Side and Harmonica Ray.

To Neil’s astonishment, the ABX Blues Project was selected by the judges to compete in Memphis. “We did something to the judges,” Neil shakes his head. “I don’t know what. The other groups sounded so good. I just thought, ‘We’re here. We’re having fun. And we’re going home.’ And when they said ABX Blues Project, we said, ‘Huh?’”

To help cover travel costs, the Canada South Blues Project hosted a fundraiser on Sunday November 3rd called the Road to Memphis Send-off Concert at the RockStar Music Hall. “The Blues Society kicks in a few thousand dollars to the winner of this competition,” Neil explains. “Then you do a fundraiser, and that raises more money to cover your expenses.”

The 36th International Blues Challenge is a worldwide search for blues bands and blues performers ready to take the world stage. The event takes place from January 28th to February 1st, 2020. “There’s 260 groups from around the world, from as far away as Barcelona or Sydney, Australia,” Neil states. “Europe. Mexico. Just all over.”

The competition takes place on Beal Street, in Memphis. “The clubs there are amazing,” Neil states. “Beal Street in Memphis is like Broadway in Nashville. It’s bar, bar, restaurant, souvenir shop, bar, bar, bar. There’s probably 30 or 40 bars within four or five blocks, both sides of the street. B.B. King’s is at one end, Jerry Lee Lewis’ is at the other. The regulars get out of town that week. And then, all these groups from around the world set up at each bar.”

“You’ll walk into one bar and hear a group from the Barcelona Blues Society,” Neil explains. “Or walk into the next bar and there will be a great band from Austin, Texas or Windsor, Ontario. We’re all doing half-hour sets.”

When asked how the band is feeling going into the competition, Neil is characteristically nonchalant. “We’re excited,” Neil admits. “We’re not holding our breath to win it. There’s a lot of great players coming in. Jack the Kaiser was there last year, from the Toronto Blues Society. He’s a national act. There will be a lot of Canadian groups that we can hang around and have some fun with. That’s the other thing! When you’re not playing together you can jam with the others or take tours. I mean, there’s so many great, historic things in Memphis.”

Regardless of whether or not they win or lose, Neil remains committed to ABX Blues Project’s main goal: playing. “ABX is the kind of group that just loves to play,” Neil states. “Whether we’re gigging or not, we’re still getting together to play. We’re writing music, we’re in the studio. We’re always rehearsing, always making music. The drive for this band is not to work, it’s to play.” 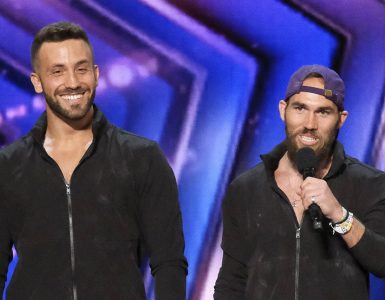 All The Right Moves

As “blessings in disguise” go, this one was pretty harsh. Amherstburg native, James Heugh, had spent seven years training and competing in Mixed Martial Arts (MMA) matches when he received one too many blows to the... 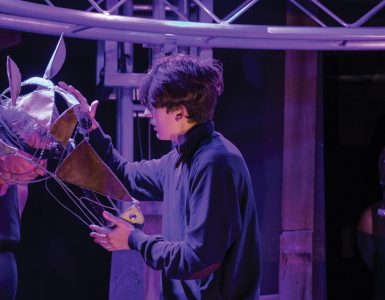 The Show Must Go On

If there is one thing the global pandemic, and subsequent lockdown, has taught the world, it’s the importance of our artists. As daily life around the world ground to a halt in late March, stranding everyone in their... 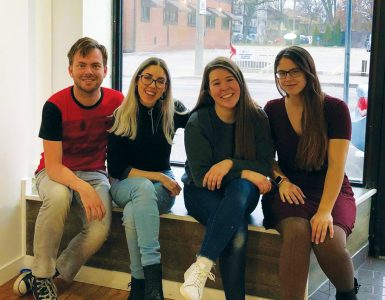 An artist’s journey is, by nature, often solitary. The patience, determination and focus that honing a craft requires can be, at best, taxing and, at worst, isolating. Which is ironic, considering that creating art is...