Man On A Minefield

Renowned Latvian hockey coach and goaltender Arturs Irbe once said that a goalie is a man on a minefield. He discovers the mines and destroys them. If not, somebody is bound to get blown up.

An apt metaphor. However, when listening to 17 year old Brett Brochu, a goalie for the London Knights, describe the role, it sounds more like a high stakes game of chess. “Being a goalie is like its own sport,” Brett explains. “There’s a lot of factors that you need to consider. The angles, the anticipation. You need to have a vision of the game. You need to be able to read plays and understand what players do, so that you can get ahead of them. There’s a mental side to it. You need to be flexible. You need to be powerful. Reacting to shots is a skill you have to develop.”

Brett grew up in Belle River. His early years were consumed with athletics. Rugby. Fourwheeling. Fishing. However, Brett continually found himself drawn into the net.

“I started playing hockey when I was four,” Brett recalls. “We had synthetic ice in the shed, so me and my older brother and cousins would play all the time. That was when I first got introduced to playing goalie. We never had a goalie, so I’d get thrown into the net. When you’re three or four years old you can’t really say no, but I enjoyed it a lot!”

Brett began playing competitively in Sun County. After serving with the Sun County Panthers for five years, he joined Chatham. There, he met two mentors that helped him develop his mine-disarming skills.

“With Sun County, we won two championships and a lot of tournaments,” Brett explains. “It was really good for my development. When I went to Chatham, I ended up playing for Coach Derek Monroe and Rod Lemieux. That was where I excelled—stopping a lot more shots, playing in a lot more games. I played almost every game in my Minor-Midget year. That was when I really hit my stride. I ended up playing with the Junior Team when I was sixteen. That last year was probably the most significant for me, because that’s the year people have the most opportunities.”

When entering his Junior year, at 16, Brett began practicing with London, while playing for the Dresden Kings.

“I didn’t end up making any Junior B teams around home, so I had the chance of playing either Midget or Junior C,” Brett states. “I ended up playing Junior C for the Dresden Kings. I wasn’t sure what I was going to get out of it, but I ended up playing 49 games, which was great for my development. It worked out really well. I had the consistency of playing almost every game.”

While the experience was incredibly beneficial, at that point, Brett was faced with a dilemma.

“I wasn’t sure if I was going to pursue NCAA or play hockey in London,” Brett explains. “I was driving to London for practices on weekdays. It was really hard managing school and hockey. And I was also trying to stay focused on what I wanted to do, which was pretty stressful.”

Meanwhile, Brett was attending London Knights training camps. In 2018, he was drafted by the Knights following his Minor-Midget season, in the sixth round.

“On July 8th, I ended up signing with London,” Brett states. “I attended my third London Knights camp in April. The first two didn’t go the greatest for me, but I ended up playing really well this year, coming into the summer. I was definitely more comfortable. I’d come up with the team a lot and knew the guys and the coaches. Also, I was a year older and more mentally strong. Every day you get more mental strength in your game, and as a person.”

This year has been a busy one for Brett. After signing with the London Knights in April, Brett attended another development camp over the summer.

“Signing with the Knights felt good, but there was still work to do,” Brett states. “I still needed to crack the lineup. It’s a long process, even after the draft.

Then, I went to the main camp in August, with the rest of the London Knights prospects and players. It was great getting to know the guys on the team. Seeing where I am. You kind of base yourself off the other talent.”

After years of hard work, Brett played his first game in the London Knights on September 27th, 2019, during the third game of the season.

“We ended up getting our first win of the season that night,” Brett reports. “It was a great experience. It gave me some confidence as well. And then the next week I got my second win. I started off this season with three wins—which was a great confidence-builder. It got me comfortable with not just playing, but the team and the league as well.”

“They’re thrilled,” Brett states. “They usually come up and watch the home games. My Dad usually comes up for all the away games as well. Having their support is huge. They’re enjoying it as much as I am. My Dad helps me a lot. He acts as my advisor. He helps me a lot with decisions that I need to make in regards to the route I’m taking.”

And when asked how he remains grounded in the face of so many demands, Brett returns to his father’s ice shed.

“There’s a lot of factors that contribute to mental strength for a goalie,” Brett explains. “But I’d say it’s all about staying consistent. There’s a lot of ups and downs. There’s a lot of things you can’t control, in the game. But as a person, you have to understand that you could always get injured and never play the game again and that would be really awful. You need to focus on why you started playing the game. How much you loved it when you were a kid. You always have to keep that in the back of your mind. You have to love hockey. You can’t get away from that.”

Brett is currently in his last year of high school. When asked what his plans for the future are, Brett’s characteristic focus does not waver.

“As of right now, I’m mostly focused on hockey,” Brett states. “I have a pretty busy schedule. And we’re pretty lucky to get our university paid for through the OHL. As of right now, I’ll be looking to attend Western next fall. But, I’m still young. I want to see where hockey can take me.”

Regardless of what the future holds, Brett will be disarming mines for many years to come. 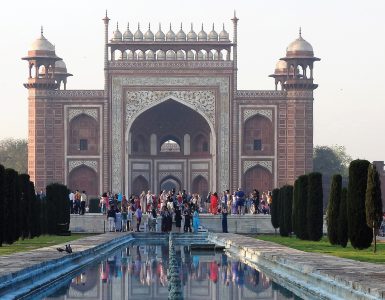 Edging their way toward the holy Ganges River in northern India, two Windsor couples were caught up in an endless stream of Hindus on pilgrimage and attending the final passage of loved ones. 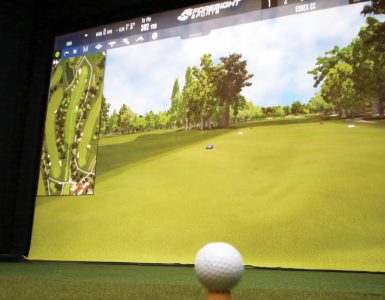