Many of us remember larking our way through our high school CPR lessons. The exercise mats. The pale, featureless training dummies that reminded us of amputated mannequins. Our earnest, beleaguered physical education teacher. Many of us treated the assignment as one big joke. ‘And why shouldn’t we?’ we told ourselves. We’ll never need this information.

We’ll never have to save someone’s life.

However, one student at Catholic Central High School did need this information. His name is Turki Ayash, a 17-year-old high school student from Syria.

When you meet Turki, he doesn’t seem any different from your average teenager. He’s tall, handsome, a little shy, kind of serious and unfailingly polite. His favourite subject is math and he enjoys playing soccer with his friends. He likes reading and one of his favourite novels is Moon of the Crusted Snow by Waubgeshig Rice. However, Turki has experienced more trials and tribulations in his young life than many of us will in several.

Born in 2002, Turki grew up in Syria. “I was young when I left Syria,” Turki explains. “It was terrible there, because of the war. There was a lot of gunfire. It was scary.”

Turki and his family fled the upheaval for Jordan when he was in the third grade. “We stayed in Jordan for three years,” Turki states. “But it wasn’t safe there, either. So we decided to come here, to Canada.”

At twelve years old, Turki and his family came to Canada as refugees. Canada presented Turki’s family with a welcome sense of security. “It’s safer here than back home,” Turki states. “There, you never know if you’re going to live long enough to see tomorrow. You’re free here in Canada.”

Turki and his family settled in Lunenburg, Nova Scotia. However, travelling across an ocean left Turki feeling like a fish out of water. “When we first came here, none of us could speak English, except my Dad, because he’s an engineer,” Turki states. “Me and my brother started school. The first five months were really hard because we weren’t able to speak English. We used a phone translator from English to Arabic. It took us a while to learn the language.”

Learning a new language is a momentously difficult hurdle for anyone to master. However, after two years, Turki has become fluent.

After a few years in Lunenburg, Turki’s family decided it was time for another change of scenery. “It was a really nice city, Lunenburg,” Turki recalls. “But, there wasn’t a lot of work there. That’s why we moved from Nova Scotia to Ontario.”

Turki and his family relocated to Windsor four months ago. Since settling into his new routine at Catholic Central High School, Turki has begun to thrive. “Back in Nova Scotia, everyone spoke English,” Turki explains. “Me, my brother and two of our friends were the only ones who spoke a different language. But, when we came here, we made a lot of Arabic friends. We started to hang out more. Suddenly, we had people to play soccer with on the weekends.”

Shortly after enrolling at CCH, Turki had his fateful CPR class, taught by Jalil Khoury, his Physical Education Teacher. “We took the class on the Thursday,” Turki explains. “We learned how to do compressions. How to do mouth-to-mouth. What to do if someone has a heart attack or a stroke. I never thought something like that would ever happen to me. Or my parents.”

Two days later, Turki was awoken by one of his brothers. “I woke up at nine o’clock in the morning to the sound of my little brother crying,” Turki recalls. “He told me that our Dad was having a problem.”

When Turki checked on his father, the 49-year-old Ahmed Ayash, he found him unresponsive. “He was just lying on the bed,” Turki states. “He wasn’t moving. He wasn’t breathing. His eyes were open. He’d lost his heartbeat.”

Thanks to his CPR lessons, just two days prior, Turki was able to identify the signs of a heart attack. “I remembered everything I learned in class,” Turki explains. “I started doing compressions. It was terrible, seeing him like that. I would have done anything to save his life.”

Thanks to Turki’s intervention, his father survived the heart attack. After 22 days in recovery, Ahmed was transferred to London, where he had a pacemaker installed. “Dad told me he was proud of me,” Turki explains. “He said, ‘If you hadn’t done this for me, I wouldn’t be here.’ It was this big emotional moment. Me and my Dad are always together. We do everything together. We’re like friends. When he was working in Saudi Arabia, he would bring me home gifts all the time.”

And Ahmed isn’t the only one who’s grateful for Turki’s courage. After the story broke, the community recognized Turki as a hero.

On December 18th, Turki was presented with a certificate from Chief Bruce Krauter, Essex Windsor EMS. And, strange as it sounds, Turki is profoundly grateful for the opportunity to save someone’s life. “It’s not a joke,” Turki states. “It could happen at any moment. You. Your family. Your friends. People on the street. With the right knowledge, you can help them.”

And now that he has a taste for it, helping people seems to be Turki’s newest passion. After high school, Turki plans on becoming a paramedic.

And Windsor couldn’t be happier to welcome another hero into their ranks. “I had a lot of friends and family back in Syria,” Turki states. “Aunts. Uncles. A grandmother. I really miss it there, sometimes. I hope that we can go back one day. But I really like it here in Canada.” 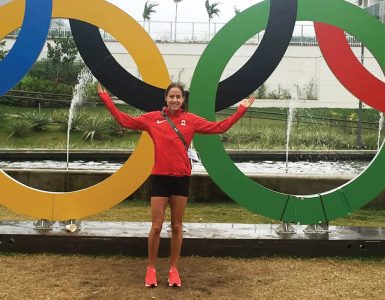 Olympic athlete Noelle Montcalm was initially drawn to track and field because of the solitary nature of the sport. 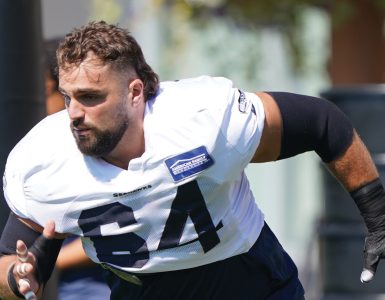 ask him to repeat that. Dakoda laughs.  “That’s the size of some of the receivers on my team.” 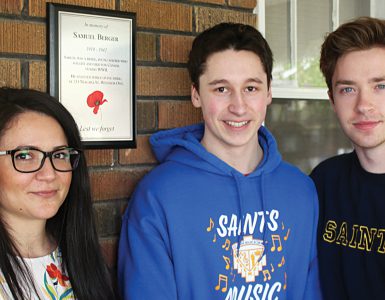 The Line Of Duty

A few months ago, Patricia Murphy, a resident of Niagara Street, received a peculiar letter from a pair of St. Anne Catholic High School students.