A Voice For The Voiceless

On Saturday April 25th, Crime Stoppers of Windsor and Essex County will be celebrating their 35th Anniversary at the Giovanni Caboto Club. “Last year was a banner year for our program,” Tyler Lamphier, the Program Manager, explains. “For all stats across the board. Cases solved, tips in, rewards authorized.”

For Tyler, Crime Stoppers is all about giving a voice to the voiceless. “The easiest way to describe Crime Stoppers is that we’re an anonymous information exchange source that connects the public and police,” Tyler explains. “We’ll take your information and provide it to the appropriate agency, while maintaining your anonymity, so that you don’t have to worry about anyone finding out that it was you who supplied the information.”

Tyler first became involved with Crime Stoppers over four years ago, after some time working at the Safety Village doing children’s programming.

“I love public relations; getting involved with different charities,” Tyler explains. “I first started working with Crime Stoppers at a community clean-up event. I became aware of the program through that. Crime Stoppers really speaks to me because it’s so unique. We’re the only non-profit program in Windsor and Essex County that is dedicated to fighting, solving and reducing crime.”

Crime Stoppers was first launched in Calgary in 1982 and currently has 37 programs across Ontario, each with its own governing Board of Directors.

The organization first came to Windsor in 1985, after a grisly murder shocked the community. “There had just been a murder investigation,” Tyler states. “The Windsor Police decided to put together a local division by assembling a group of like-minded individuals.”

Thanks to the implementation of the program, the murder was solved shortly thereafter. And during the last 35 years, Crime Stoppers of Essex County has only continued to work wonders within the community. “I am always hearing stories about how somebody wishes they could do something, but they don’t know how,” Tyler states. “Or they fear repercussions. To be able to have a program like ours is really rewarding.”

After almost four decades serving the community, Crime Stoppers will be hosting a gala on April 25th to celebrate their 35 years of service. “Throughout the many years we’ve been in the community, we’ve had a number of different officers, both Windsor Police and OPP, that have poured their heart and soul into the program,” Tyler explains. “We want to look back and honour both the numerous accomplishments of those individuals and the program as a whole. And we want to celebrate with the public because they play a huge role in Crime Stoppers. Without the information they bravely provide, we wouldn’t be able to help as much as we do.”

In addition, the gala is also an opportunity for Crime Stoppers to look forward at their role in the tumultuous landscape of the changing times. “People are living their lives a lot differently than they were 35 years ago,” Tyler states. “Social media has caused people to live more openly. But at the same time, people have a desire for privacy. So Crime Stoppers is evolving to help meet those needs.”


To adapt to this new digital era, Crime Stoppers launched their Online Tip-Taking Program several years ago. “It has been extremely beneficial to the program and those that use it,” Tyler states. “It allows people to submit not only their tips, but photos, videos, sound and audio samples. Screenshots. Anything that they can use to corroborate their story.”

The Online Tip-Taking Program, true to the Crime Stoppers mandate, safeguards the tipster’s identity. “The program scrubs information from the files,” Tyler reports. “Any of the metadata attached to the photos, such as location, time and date, is immediately wiped. Our scanners don’t get that. But they do get the evidence.”

Crime Stoppers continues to prioritize the public’s anonymity in this new age, often by embracing antiquated technology. “Our phones don’t have caller ID, so we can’t call back,” Tyler explains. “We actually pay extra money to use outdated technology so that you can’t be traced. And thanks to our online services, we can actually have an anonymous messenger-style dialogue with a tipster, which people can choose to reply to or not.”

Crime Stoppers is also delving deeper into social media to let the public know that they always have a voice. “We’re advertising, bringing together more public awareness,” Tyler states. “We’re working with Windsor Police and the OPP to ensure that the cases they’re looking for are broadcasted to our followers, so that if they have information, they can reach out to us.”

But, even with the hurdles and complications of new technology, Crime Stoppers remains devoted to empowering the community. “Oftentimes, people will see, hear or come across something,” Tyler explains. “And they feel powerless because they want to do something, but they don’t necessarily want to take the risk. They don’t want to have any fear of repercussion or shaming directed at them. By allowing them to anonymously submit information, it empowers them to act without fear. They can submit their information. They’ll be able to clear their conscience and know that they’ve done the right thing.”

Doors to the 35th anniversary celebration open at 5:30, with dinner starting an hour later. The event offers a cash bar and live entertainment by Brand X. Tickets are $85 each, with tables of 10 on special for $800.

All proceeds go towards Crime Stopper programming, payouts and education. “This year is shaping up to be a great one,” Tyler explains. “We’ve started off with a bang. I really enjoy working with the program. I work with wonderful officers and I have a very dedicated Board of Directors. I’m surrounded by great people. And we do great work.” 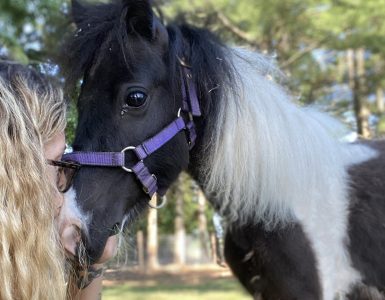 It all started with a lamb named Charlotte. Lauren Edwards is Windsor and Essex County’s own personal Doctor Dolittle. A whirling bundle of energy, she divides her time between her three local pet stores and her two... 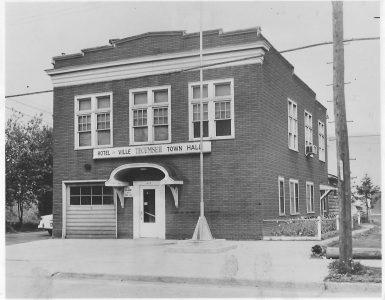 What’s Past is Prologue

There is a phenomenon in the Town of Tecumseh that is reasonably new: rush hour. 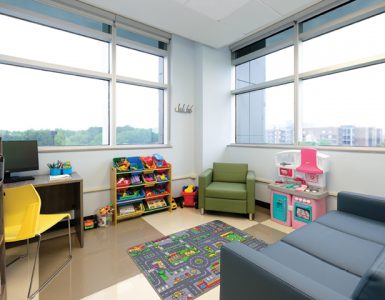 There’s a classroom at St. Clair College that is not like the others. Suite 3304, located on the third floor of the Health Sciences Building, contains no desks. Recently renovated, the 942 square foot room could be...