In many ways, Crissi Cochrane’s musical journey has been a circular one. It began in the Annapolis Valley, in a small town an hour outside of Halifax called New Minas. “My relationship with music goes back as far as I can remember,” Crissi states. “I always wanted to be a musician. Growing up in a small town, maybe I just thought there wasn’t much to do. Or, it could be that the relative isolation made me a bit delusional about how much work would be involved. Because I didn’t see anyone doing it. I never knew it couldn’t be done. Back then, I was just young and naïve and I loved music.”

Crissi first started playing guitar at age nine. In high school, she started performing her first gigs. “There was a good music scene there, although it was much more hardcore and punk,” Crissi recalls. “So, I was kind of making more emo music back then, but I was still just a girl on stage with a guitar. The only shows I could play were with punk bands, because they were the only ones performing. So, I’d be the opener before things kicked off. Or, I’d go up at the end of the night before the kids went home to calm everyone down.”

However, despite the area’s musical climate, Crissi found herself drawn to the underground folk-pop community. “There’s a really great folk community out there,” Crissi explains. “Everyone’s a singer-songwriter. All the open mic nights are crammed. I don’t know if that’s just what was in demand or if that was just what my heart was drawn to. But during the time I was there I was doing my folk-pop kind of style. It wasn’t until I came to Windsor that I started getting into jazz and soul.”

Crissi’s journey eventually drew her southwest, to Windsor. Crissi first acquainted herself with the City of Roses over 10 years ago, after a local pub achieved some renown. “I came here for the first time in 2010, kind of on a whim,” Crissi explains. “The Phog Lounge had just been named the best live music venue in Canada by CBC Radio. So I came to Windsor to play at Phog and do some co-writing with my husband, who, at the time, was just an acquaintance. I didn’t know anything about Windsor. I didn’t even know it bordered Detroit, really. I kind of had my mind blown.”

After a brief stint in Windsor, Crissi decided to relocate. While gathering the resources necessary for the move, Crissi traveled to Chicago to produce her first studio album, Darling, Darling, which had been recorded in Chicago the previous December. “The main reason why we went to Chicago was to work with a musician, Mike Kinsella,” Crissi explains. “He agreed to play drums for us. It was a fully-produced album. We had bass, drums, we had strings that were recorded in Toronto. It was eight songs. It was very much a folk-pop release.”

The album was released in August of 2010. A week later, Crissi hopped on a train to Windsor.

The last 10 years in Windsor have been particularly fertile ones. In the last decade, Crissi has released two CDs, Pretty Alright in 2011 and Little Sway in 2014, performed more than 350 shows, started a family, and bought her first house in Windsor.

Little Sway provided Crissi with her first breakout success in the music industry. “A song from Little Sway called ‘Pretty Words’ ended up going viral,” Crissi explains. “It happened in 2016, so the album was already two years old by that point. Someone who curates the ‘Your Favorite Coffee House’ Spotify playlist decided to add my song. And because that playlist already has a couple million subscribers, when your song gets added to a playlist like that, you start getting all these plays. I didn’t even realize what was happening until this had been going on for a couple of months. Everything just snowballed from there.”

Using the income generated from her sudden fame, Crissi was able to fund a much more dynamic home recording studio, which she has since used to produce her long-awaited upcoming album, Heirloom.

After several years in development, the album is Crissi’s most ambitious project to date. “The personnel includes 13 musicians,” Crissi states, “many of whom played multiple parts. There’s a small orchestra on this album. We have violins, horns, woodwinds, backup singers, a rhythm section. It’s just a very lush album.”

The title is a reference to Crissi’s guitar, which has become a multigenerational instrument. “The name of the album is a tribute to my guitar,” Crissi explains. “It’s a 1964 Jaguar. It was my Dad’s. He gave it to me—with the stipulation that it stays in the family. My last album was recorded entirely with my acoustic guitar. This album was entirely played on my electric guitar. As well, there’s been a change in my voice, which I think has been changing throughout all of my releases. But I think my voice has finally arrived.”

After releasing two studio albums, Crissi has wholeheartedly returned to self-produced music. “Previously, you couldn’t get your work on recordings unless you were really world-class,” Crissi states. “Now, we’re living in an age where everyone can make music. Everything is more affordable. You can have our own photography rig at home. You can have your own recording studio in your basement. You can make some pretty decent stuff on your own. That’s why I think I’ve come full circle. With this album, we did it all in-house.”

The album contains 11 songs, each sizzling with interpersonal drama. “There are some old flames revisited, in gory detail,” Crissi explains. “It’s more mature than some of my previous releases. There are two feminist songs, there are two custom love songs that I wrote for local couples and towards the end of the album, there are some more unusual songs. More artistic and creative and risky songs that I’m really proud of.”

Crissi teased Heirloom on January 7th, with the release of a single track entitled “Hungry Love.”

The song is an examination of the performance anxiety Crissi began to experience when making her transition into more professional, soulful music. So, one night, she sat down and thought about why she made music. “When I was younger, I was just doing it for love, because I was trying to attract relationships,” Crissi divulges. “But those were always unfulfilling. So, ‘Hungry Love’ was about those relationships I was attracting. It ends with a proper, stable relationship and the realization that I’ll always be making music, even if I’m only making it for myself. Because that’s what motivates me now. I’m really pleased with how the recording turned out – the song is just so catchy!”

Heirloom was released on February 29th, 2020 and is available on all major streaming platforms. And Windsor couldn’t be prouder to share its musical ecosystem with Crissi. “There’s a lot of opportunity for music in Windsor,” Crissi states. “Especially with Detroit. But even without the border, we’ve got the casino, there’s a lot of weddings that happen out in the county; I’m never running out of work here. There’s a lot of gigs to do.” 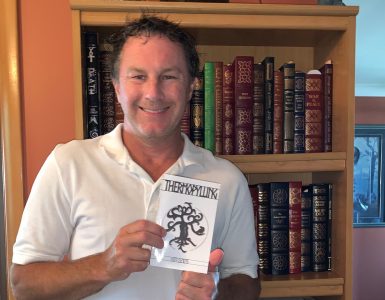 Scott Clements’ writing journey began in the unlikeliest of all places: a high school English class. 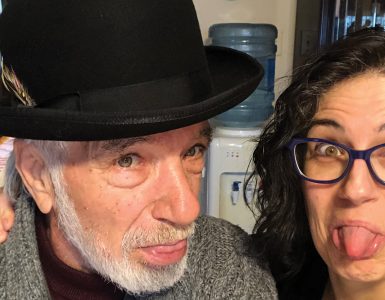 During these dark times, one Windsorite is determined to provide some sunshine. Josie LoPorto Freeborn is a 44-year-old Essential Oil Educator, a Holistic Healthcare Lifestyle Promoter and a Certified Reflexology... 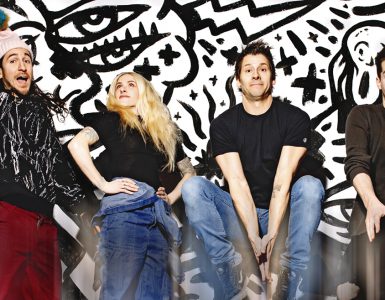 Walk Off The Earth

Hoping to attract a little attention for their Burlington-based band, a blonde woman flanked by four dark-haired men crowded together and all began playing one guitar. Walk Off The Earth’s unorthodox approach to...