Be The Best Bee You Can Be

“I want to feel connected, authentically not electronically. I feel suffocated by my insecurities, as the hunger of perfection is shoved down my throat. I touch the grip of a bow as I shoot arrows of negativity toward myself, hitting the target, and shattering the mirror.”

When 16-year-old Michela Lepera was asked to write a self-portrait poem for her Enhanced English class, she noticed something blocking her from connecting with her positive attributes. She was quickly able to identify the source.

In “A Prisoner of Social Media” Michela intimately characterizes the pressure that social media places on everyone, especially teenagers. “There are people my age who say that social media is great,” Michela explains. “But, there’s another side that everybody ignores. There’s this standard, for girls especially. Girls my age will creep all these accounts and see celebrities. There’s never a flaw. If there’s acne, they’ll fade it out. You’re staring at a picture that seems perfect, but it’s not real.”

Constantly comparing yourself to an illusory standard can trap anyone in a quagmire of self-loathing. This presents younger generations with an especially precarious dynamic, who don’t remember a time before these platforms.

“My children are smaller, so I have more control over what they’re exposed to online,” Jonna Miggins, Michela’s aunt, states. “But I see it from a different perspective. I see how it has changed my relationships with my nieces. Social media promotes an ideal that isn’t authentic.”

Be the Best Bee You Can Be tells the story of Beatrice. After being ignored by her screen-locked siblings, Beatrice wanders into the garden, only to encounter a kindred spirit in the form of a kindly bee. Feeling envious of others and alone, the bee teaches Beatrice that everyone is special in their own way.

“You’re already good enough,” Alma explains. “You’ve got God-given worth, that no one should be able to chip away at. We’re thinking of how social media will affect future generations. How do we empower these little ones so that they don’t fall into the same trap that our teens have?”

Be the Best Bee You Can Be posits a simple message: be the best person you can be.

John and Alma wrote the book together, often over morning coffee. “The lines of the story would come to me at three in the morning,” Alma explains. “The story was effortless.”

The book emulates the rhyming couplet style of Dr. Seuss. “Beatrice spotted a bee. She was amazed to hear a voice,” the Hogan’s write. “The bumblebee buzzed busily around her flower of choice. The bee said, ‘I feel a little troubled and sad. I look at my life, and it makes me very mad.’”

The writing portion turned out to the easy part. The real challenge was the illustrations.

“Makai would come in and splash water all over the page, not dilute his colour, dab it in, and then pick it up and let it run,” Alma recalls. “All these things I had learned in my art classes, I transferred them to my grandchildren. When we started to develop the characters, they each took on a character they were interested in.”

“It was really fun,” Sydney states. “It was a new experience for me. I’ve never illustrated a book before.”

“I loved working with Grandma and Grandpa!” Eden exclaims. “I had fun painting.”

After the book was completed, the Hogan’s self-published their book through Friesen Press. “We went through about six different channels doing this book,” Alma explains. “So when Friesen picked up the book, I said, ‘I don’t even know if this is worth anything.’ But Friesen was extremely helpful because our computer skills are next to none. That was a very big challenge for us. It was, as my daughter would say, beyond my scope of practice.”

Fortunately, Alma and John were also able to receive technical support from their grandchildren. Angelica Lepera, John and Alma’s oldest grandchild, even stepped in and helped edit a short trailer for the book’s release.

The book is available for purchase online at friesenpress.com and almaandjohnhogan.com. Be the Best Bee You Can Be will also be stocked at Biblioasis on Wyandotte Street and the Indigo in Lakeshore.

The Hogan’s will be celebrating the release of their book with a launch on April 4th at the Art Gallery of Windsor, at 401 Riverside Dr E, from noon to four. “We invited the kids friends from school,” Alma states.

And ultimately, the book was written for the very children who illustrated it. “The reason we decided to write the book is because of our four youngest grandchildren, who haven’t been affected by social media yet,” Alma explains. “We wanted to give them an antidote. A springboard to say: embrace who you are. Just be the best bee you can be.”

“I feel like there are certain books that stick with you,” Michela states. “I remember The Giving Tree. As you grow up, you subconsciously take those messages with you. When I grew up, social media had just started. My cousins are going to be growing up in its heyday. If you get the message into their heads at a young age, it stays with them.”

“Sydney will come home from school and talk about her friends making videos and posting them online,” Angelica states. “It starts so young. You don’t even realize it. It’s important to reinforce the book’s positive message at a young age. Remind them that it’s okay that you don’t look like these models or these famous people. It’s okay to be who you are. It’s okay to be different.”

Or, as Beatrice puts it: “The bee learned to be the best bee she can be. I think this message applies to you and me. JUST BE!!!!” 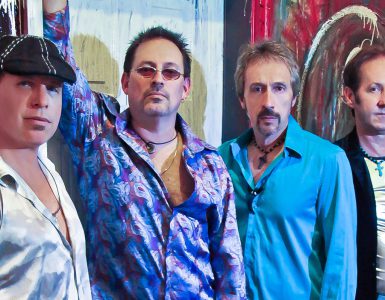 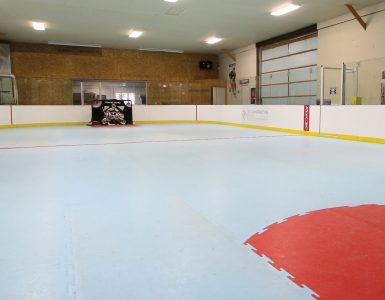 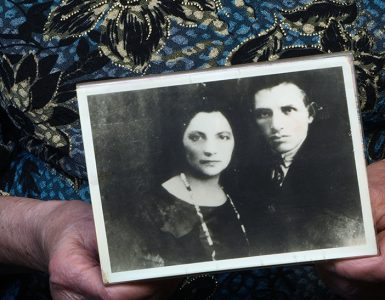 Reva Rozwaski grew up in a small town in Poland called Diatlova, which is now located in Belarus. “I grew up in an old, traditional family,” Reva states. “My father was the third eldest of eight. My grandfather was...