Nature On A Grand Scale

Story by Karen Paton-Evans
Photography by Pam And Bill Seney

The gorgeous cacti garden growing in the desert heat of his North Las Vegas home is nothing like the flower beds retiree Gary Seney knew as a kid living in Essex County.

“I had no idea how beautiful cactus flowers are. There are hundreds of varieties,” says his brother Bill.

Revelations came fast upon Windsorite Bill and his wife, Pam, during their trip south from May 16 to 25, 2019. “We don’t gamble but it’s a cheap flight from Windsor to Vegas, which is surrounded by unbelievable natural places in the desert, all within a seven-hour driving radius,” he says. “There is so much there between Nevada, Utah and Arizona.”


Eager to explore, Gary and his wife, Deb, and their Windsor relatives jumped in a vehicle and left the Strip’s bright lights behind.

First stop: The Grand Canyon National Park in Arizona. The national park celebrated its 100th anniversary in 2019 – a blink in time, considering the canyon’s ancient rocks. The Colorado River, traversing 446 kilometres within the park, continues to slowly deepen the canyon.

Presented with 576.1 kilometres of established trails through the park that spreads over 4,950 square kilometres, the Canadians opted for the convenience of the shuttle system. “Hopping on and off the bus, we realized that people of any age can visit the Grand Canyon, even if you have problems walking,” Pam says. “The shuttles brought us to the perfect locations, where you can walk around and look.”

“There was never a line waiting to go onto the shuttle buses, although I imagine in the prime season, those lineups would get fairly long,” Pam notes. Each year, 5.5 million people make the trek to the Grand Canyon.

Intrigued by the dramatic striations of the rock rolling before them as far as the eye could see, the Seneys were captivated by the different moods and changing hues the rock layers took on as the day progressed.

The endless rock is relieved by the rushing waters of the Colorado River and the green of sagebrush scrub and ponderosa and pinyon pines.

Desert View Drive enables visitors to see what lies east and west, with stops at Yaki, Navajo and Desert View. At Lipan Point, the San Francisco Peaks rise in the south and glimpses of the Painted Desert’s beauty can be seen in the distance.

Struck by the sheer “vastness” of the Grand Canyon, Pam scanned the rocks for signs of wildlife. When chipmunks darted across the landscape, the animal lover was in her glory. Gray fox, mule deer, bighorn sheep and rock squirrels also live on the South Rim; Kaibob squirrels, mountain lions and northern goshawks inhabit the North Rim.


After a full day gazing over, down into and around the canyon, the Seneys drove to what appeared to be the planet Mars. Only an hour outside of Las Vegas, the Valley of Fire Nevada State Park looks as though the rocky terrain is aflame.

Brilliant red Aztec sandstone is whipped into dramatic formations throughout the park’s 40,000 acres. Some resemble molten lava; others are whipped into huge stone bubbles. Wind and water have carved the sandstone into shapes that inspire the rocks’ names, including Elephant Rock, Arch Rock, Piano Rock and the Beehives.

Humans have also left their mark upon the stone. On the wall of Atlatl Rock are petroglyphs, drawn by ancient artists more than 2,000 years ago. Among the drawings of everyday life are images of the atlatl, a device used by Indigenous People to launch a spear, sending the weapon spinning in the air.

“A beautiful thing about the Valley of Fire is it’s so accessible. Anyone can drive in, pull up to a particular point and take pictures. There are also hiking trails,” Bill says.

“Going to the desert in May, it wasn’t as roasting as it would be later in the summer. We were still fairly warm – around 20 degrees Celsius in the daytime,” Pam notes.

Comfortable in their light jackets, the Canadians crossed into southern Utah. Pam recalls, “I wasn’t thinking that we were going up in elevation. I knew it was going to get cooler, but I certainly did not expect that when we got to Bryce Canyon National Park, there would be snowflakes so unbelievably big that within half an hour, everything would be covered in snow!”

The Seneys’ vehicle crawled along the road. “We couldn’t see more than a couple feet in front of us, it was coming down so hard. I was crushed because I thought, ‘Oh, no, we’re not going to be able to see Bryce Canyon!’” Pam recalls.

Her fears were affirmed after the two couples checked into their hotel located near the park’s gate and then entered Bryce Canyon. “The blizzard was so intense, we couldn’t see the canyon walls – even though they are as high as 2,775 metres in the air,” says Pam.

After stopping at a couple of points, “we realized it was futile so we got in the car and returned to the hotel, hoping tomorrow would be clear,” Bill says. “Thirty minutes later, my brother brought us back outside. The ice was melting so quickly, the snow was gone in the parking lot.”

The freak storm proved to be a gift. Bill found, “It made for the most spectacular photos, with the rocks and trees highlighted with snow.”


Bryce Canyon is not so much a canyon as a series of naturally hewn amphitheatres stretching over 30 kilometres. Bryce Amphitheatre, at 19 kilometres long, is the biggest. To better experience the craggy, tiered walls, hikers can walk marked and maintained trails in one to six hours. Other visitors may traverse the trails on horseback or snowshoes.

Standing like sentinels guarding the ancient spirits of Bryce Canyon are the Hoodoos. Rain and ice slowly weather and erode solid plateaus of rock, roughly carving them into walls, windows and ultimately individual stone figures, the Hoodoos.

“It’s wonderfully quiet in Bryce Canyon,” Pam says. The clear air and lack of light pollution add up to a 7.4 magnitude night sky, great for searching the heavens when night falls. Stargazers can use only their naked eyes to see 7,500 stars unveiled for their delight (compared to the relative handful of stars that can be detected in many cities).

Less than 90 minutes away from Bryce Canyon is another Utah public treasure, Zion National Park, located near Springdale. Zion is the much larger park, with mountains, canyons, buttes, mesas, monoliths and slot canyons. Horse Ranch Mountain has the highest peak, reaching 2,660 metres.

The park encompasses desert, riparian, woodland and coniferous forest. Park shuttles carry visitors on the scenic drive along the North Fork of the Virgin River.

While some of Zion’s trails are for strong, seasoned hikers only, others are designed to let everyone get down into nature. Cottonwood and box elder trees shade the lower section of the Emerald Pools Trails. A short, easy walk to the lower pool rewards visitors with twin waterfalls springing from the sandstone and monkey flowers, ferns and mosses growing in the mountainside.

Canyon Overlook Trail beckons with the promise of a high view of the lower areas of Zion Canyon and the Great Arch, a geological work in progress being gradually carved by nature into the solid sandstone.

Hikers determined to get their exercise can push to the top of Angels Landing, peaking at 1,760 metres. A trail was cut into the rock in 1926, making the endeavour achievable but by no means easy. When clouds are hanging low, the rock formation appears to be an island floating in the sky.

“One of the cool things about Zion is when we walked between the rocks, we sunk gently into the warm, reddish sand. It almost felt like we were washing in it,” Pam says. “I also enjoyed watching lizards sunbathing.”

“Each of the state and national parks we visited are different and wonderful in their own right,” Bill observes. “The Grand Canyon was special, however. It brought tears to Pam’s eyes. She and I have seen such beauty and spectacular sights around the world, yet here is this amazing place, so close to home.”

After immersing themselves in Nature’s wonders, the Seneys shook things up by catching a few shows in Las Vegas and driving through the metropolis. Bill reflects, “To go from the stunning desolation of the desert to watching The Mirage’s fake volcano erupting in downtown Vegas, well, you just don’t see stuff like that around Essex County.”

Although Gary has chosen to live in the desert and appreciates the singular beauty of the rocky terrain, he readily admits, “I have to go back home to Essex County just to get a dose of green. The American Southwest is a very different landscape.”

Bill says of his recent trip to the incredible parks: “I feel like we just got a taste. I’d like to go back again for two or three weeks so we would have time to hike some of the trails. 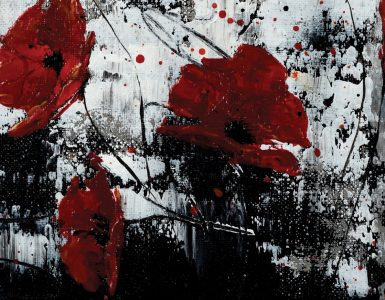 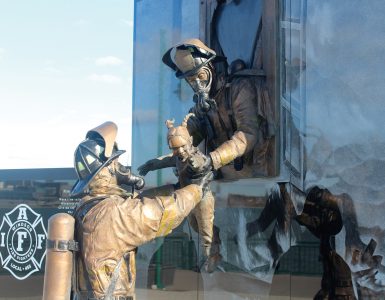 This holiday season, the greatest gift you can give your family is safety. For the last several years, Windsor Fire and Rescue Services has developed a series of media launches to help communicate safe fire practices... 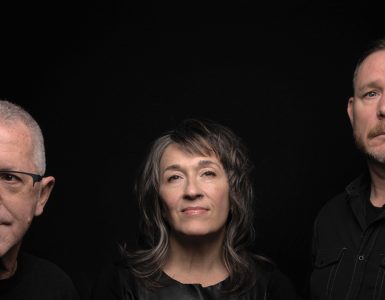 The Journey to the Ghost Hotel