This holiday season, the greatest gift you can give your family is safety. For the last several years, Windsor Fire and Rescue Services has developed a series of media launches to help communicate safe fire practices around the holiday season called “12 Days of Holiday Fire Safety.” Nancy Christ, the Public Education Officer, and John Lee, the Chief Fire Prevention Officer, explained each of the 12 steps in greater detail.


Day 1: Water Fresh Trees Daily
Nothing says festive cheer like a Christmas tree. However, when using a real tree, it should remain hydrated at all times. “Check it! Some people will fill the base up with water and leave it for three weeks,” John explains. “But when you first put it in there, the tree will drink a gallon of water the first day or two.” As well, sometimes pets will steal water from the tree.

Day 2: Check All Lights Before Decorating
Most people use LED Christmas lights, which only draw four watts. This is safer than older Christmas lights, which drew over a hundred. This is concerning, especially when those older lights were linked together and plugged into a single extension cord. “[The new lights] are much safer,” John states. “Some of them do have a built-in surge protector in the wire. But again, just be careful. If you’re going out, unplug the tree. Don’t leave it unattended.”

Day 3: Make Sure Smoke Alarms Work And Replace Any Over 10 Years Old
Nancy and John recommend taking the smoke alarm off the ceiling and checking the date to ensure that the machine is functioning properly. If it does not have a date, John stresses, then it is too old. “They do have a shelf life, just like carbon monoxide detectors,” John states. “A device that’s over 10 years old is considered to be obsolete. That’s now a violation. If you have one that’s obsolete, you’re subjected to fines.”

John explains that if the fire department attends a home where a fire has occurred and there’s deficient or non-functioning smoke alarms, then the homeowner will be charged.

Day 4: It’s Now Law In Ontario To Protect Your Family With Carbon Monoxide Alarms
A carbon monoxide detector should be installed on every storey for optimal protection. “Carbon monoxide mixes with air,” John explains. “You can’t smell it, see it or taste it. You’re required to have a CO alarm outside your sleeping areas. People will commonly say, ‘Well why not in the basement where the furnace and hot water tank is?’ Well, if the CO detector is in the basement and you’re on the second floor where the bedrooms are, you’re not going to hear that alarm activate.”

CO is caused by incomplete combustion. A gas stove, a gas fireplace, even an attached garage with a car can contribute to a carbon monoxide leak. “If there’s a leak at nighttime, chances are you’ll die,” Nancy explains. “It displaces the white blood cells in your body. You just don’t wake up. With natural gas, you smell it. But with CO, there is no smell. You would not wake up.”

As with smoke alarms, Windsor Fire recommends checking the date on the back of the machine to ensure that it is still functioning. If it is older than 10 years old, it should be immediately replaced.

Day 5: Make Sure Everyone Knows How To Get Out Safely
Every home needs an escape plan. “You need to practice it,” John stresses. “You need to know where to meet. You have to call 911. Don’t assume that somebody else has done it. And don’t ever, under any circumstances, go back inside.”

Fires grow at an exponential rate because of the synthetic materials used in new homes. “You have a minute to get out. Maximum” John explains. “In three to four minutes, we’re experiencing flashover conditions — where the whole room simultaneously combusts. Even the paint on the wall will burn.”

Day 6: Use Extension Cords Wisely
Extension cords are at risk of overheating when used improperly. “We tell people not to plug two extension cords together,” Nancy states. “If you need a longer one, buy a longer one. Don’t put them under carpets. If you walk across them, you create friction. That wears off the protective coating. Never plug any major appliances into an extension cord.”

Power bars are also in danger of overheating when overloaded. Nancy recommends not plugging too many high-drawing appliances into a single circuit.

In addition, Nancy recommends not purchasing cheap power bars. Counterfeit devices with fake stamps have been found in circulation. Many are even lacking surge protectors.

When purchasing power bars, make sure to look for the ULC or CSA stickers and the surge protector.

Day 7: Give Space Heaters Space
Space heaters should remain one meter away from anything combustible. “Those generate an awful lot of heat,” John explains. “You touch the grills, you will get burned. If it’s an old one, we recommend not using it. The newer ones have an auto shut off if they tip. However, you could still get a fire as a result of a hot grill that’s been tipped on a carpet or a blanket. If they’re in the bedroom, keep them away from your bed.”

Day 8: Go Flameless
John and Nancy recommend making the switch to flameless candles. “Candles are nice, but do not leave them unattended,” John explains. “If you leave the room, blow them out. There are LED ones available, we suggest using those.”

In addition, candles should be placed on a solid surface, in a holder that fits. “Just be careful with them,” John states. “If there’s any sort of wind or draft, even from a furnace, its going to change the dynamics of how it burns.”

Day 9: Keep Matches And Lighters Out Of The Sight And Reach Of Children
Matches and lighters can be deadly in the hands of children. If you smoke, keep only one lighter or box of matches in the house, and make sure it is on your person at all times.

Sleeves, paper towels and rags should be kept away from heat sources. Handles should always be facing in. “If the pot does catch on fire, don’t pour water on it,” Nancy explains. “Don’t even use a fire extinguisher, because it will displace that oil. Take a proper-fitting lid and just sweep it across. And take it off the heat.”

Day 11: Encourage Smokers To Smoke Outside
There were four fatalities this year caused by careless smoking. “If you’re smoking cigarettes or cigars, smoke outside,” John explains. “Make sure they’re extinguished. Don’t throw them into the garbage or mulch. We’ve had mulch fires, even in winter. Mulch generates heat, it holds the warmth in. If you throw a cigarette butt in there and its smoldering, you could have a landscaping fire.”

Day 12: There’s More To Responsible Drinking Than Taking A Cab Home
Cooking while inebriated is playing with fire. Alcohol is a common factor in fire-related fatalities.

With the holiday season approaching, John wants us all to remember that all accidental fires are preventable. “We just want people to be careful,” John states. “We want to make sure that people are cognizant of what they’re doing. Not leaving things unattended. We just want to make the citizens of Windsor safer and more aware.”

FIREFIGHTER MONUMENT
Windsor’s downtown waterfront has recently seen a new addition. After 20 years, a memorial honouring fallen firefighters has been officially unveiled. The beautiful, haunting statue presents firefighters doing what they do best—saving lives. The statue was unveiled on Sunday, October 27th. More than 100 Windsorites were in attendance. Another ceremony will be held in April of next year, where the names of 32 firefighters who lost their lives in the line of duty will be added to the statue. The cost for the monument was mostly paid for by the firefighters themselves. 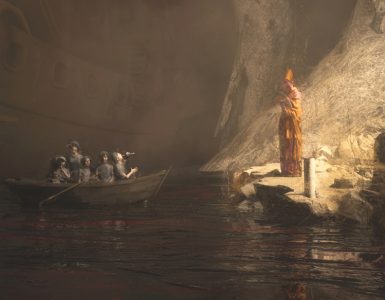 An artist from an early age, Nolan always expressed himself through a wide variety of ways. “I like doing everything,” Nolan explains. “I like drawing. I like sculpting. I like painting. Anything creative! It’s really... 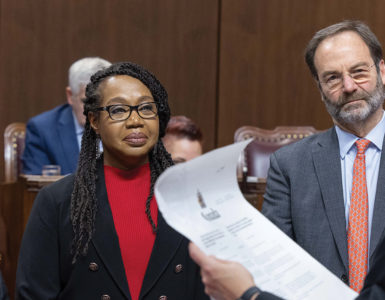 Doctor Sharon Burey came to Canada from Jamaica and has since spent decades helping improve the lives of children across Ontario as a pediatrician. 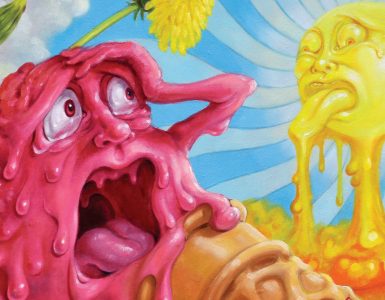 A visit to Stephen Gibb’s website/online gallery is like a stroll through a nightmare carnival of leering faces—some smiling maniacally, some in terror—where the observer sees how characters from fairy tales and nursery...