For many of us, playing with LEGO was one of our earliest forms of creative expression. However, one lucky Windsorite turned his childhood play into a career.

Michael Lee Stockwell is a Design Manager Specialist at LEGO’s head office in Billund, Denmark—a job title that he admits is a bit hard for people to wrap their heads around.

Basically, what I actually do is build spaceships for kids,” Stockwell explains.

Although his career eventually took him across the Atlantic, Stockwell’s journey began on a fruit tree farm in Southwestern Ontario.

“I grew up in a small rural area near the village of Ruthven, outside the Windsor area,” Stockwell explains. “I went to school in Kingsville, on Lake Erie. I remember the warm summers and the cold winters. I remember picking peaches from the tree. Swimming in the lake, skating on the lake. I have great memories.”

From an early age, Stockwell’s creativity was evident. “I was always dabbling in something creative,” Stockwell states. “I was always drawing. Music and Art were my two favorite subjects. I played the drums. When it came time to get serious about finding a career path, I examined a lot of different options.”

Stockwell ended up studying Jewelry Design and Goldsmithing at George Brown College in Toronto. “I didn’t know specifically where I wanted to land,” Stockwell admits. “I think goldsmithing was a way for me to forge a career for myself in a creative way. It just seemed to be something that could give me an education and a trade, and the ability to earn a living doing something creative.”

Stockwell worked as a goldsmith and a jewelry designer for 20 years. During that time, Stockwell was afflicted with a serious bout of wanderlust. He ended up globetrotting around several different countries, including Australia, New Zealand, and Indonesia—before eventually settling in Demark.

Unfortunately, the financial crisis of the last decade had a profound impact on Stockwell’s livelihood.

“When the financial crisis started to hit, it impacted our trade early,” Stockwell recalls. “A lot of the people I was working for or with were starting to move east. And I thought, ‘Do I want to go to Asia to work? Or do I need to figure out a new path?’ So I started working with a computer and 3D.”

However, it wasn’t long before a new opportunity presented itself to Stockwell. “Coincidentally, a job opportunity popped up at LEGO,” Stockwell recalls. “It made sense to me. I hadn’t really considered it. But being in Denmark, the home of LEGO, it made a lot of sense.”

Stockwell was hired at LEGO in 2007. He has spent the majority of his 13-year tenure working on the company’s Star Wars project. “I was only a casual fan of Star Wars growing up,” Stockwell states. “But you can’t not be a fan working on this project!”

As Stockwell explains, the Star Wars project involves a continual process of reevaluating and improving on past models. “There are a lot of different models that I’ve worked on,” Stockwell states. “We often revisit certain ships from the universe. We’ve done many TIE Fighters and many X-Wings. And when we do repeat ourselves, we don’t just push copy-paste. We go back to the beginning, gather consumer feedback and look into new elements. We think about how we can add new features to the model and enhance the player experience.”

While Stockwell has designed a great deal of starships from a long time ago, in a galaxy far, far away, his proudest accomplishment remains the twentieth anniversary edition of the Slave I—Boba Fett’s cruiser from Star Wars V: The Empire Strikes Back. “2019 marks the twentieth anniversary of LEGO Star Wars,” Stockwell states. “To celebrate, we chose five specific products to revisit. I was given a chance to design one of those products—the twentieth anniversary of the Slave I. The ship is quite unique in that when it sits it is at a totally different orientation than when it flies. We found that it was difficult for kids to hold the ship at the correct orientation. So I added a handle so that they have something to hold onto.”

Stockwell feels tremendously honoured to be part of the 20-year-old LEGO Star Wars canon. “It’s amazing,” Stockwell states. “I was recently at Fan Expo Canada in Toronto. Any time we’re fortunate enough to get out and meet the fans of Star Wars, especially the fans of LEGO Star Wars, our energy is refueled. You’re reminded just how much these products and these films mean to so many people. Being able to have that much of a positive effect on people is a wonderful, wonderful feeling. And these products are 20 years old. There’s fans that are now passing their toys on to their kids, or they’re just introducing their children to Star Wars.”

Stockwell also credits his time as a jewelry designer to aiding his career. “I’ve always been focused on the fine detail in things,” Stockwell states. “Certainly, when you’re setting diamonds or designing jewelry, you’re working on a very, very small scale. Detail is tremendously important. At LEGO, it’s the same thing. Nothing is left to chance. We rigorously test everything for both stability and playability. So we’re constantly evaluating what we’re doing to create the ultimate experience, the ultimate product.”

Additionally, Stockwell states that growing up in Ruthven equipped him with a unique set of values that helped him launch his distinguished career.

“There’s no bridge from Ruthven to Denmark,” Stockwell laughs. “But I’m really proud of growing up in a small rural area. It grounded me. It gave me a lot of great values. I still call Ruthven home, even though I’ve been away for so many years. But I think if you grow up in a small town and you’ve got big dreams that you have to find the courage to leave the nest. It’s kind of like packing your bags and saying I’m going to move to Paris and become a painter. You have to find out what’s over the hill and chase those dreams. I didn’t really have a specific plan, I just knew that somewhere out there was an outlet for my creativity. By chance, it ended up being Denmark. Denmark is known for its design. It’s a great second home.”

And, as Stockwell states, there’s no place else he’d rather be.

“I still remember calling my sister Susan to tell her that I was going to be working for LEGO,” Stockwell recalls. “She just couldn’t stop laughing. She thought it was the perfect place for me to be. Her most vivid memory of me as a child was me playing with my LEGO. So, I guess I’ve come full circle!” 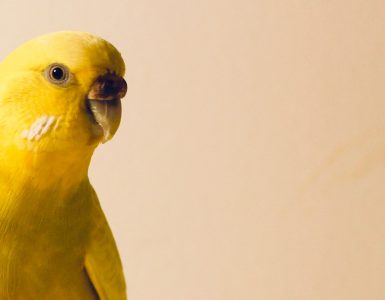 Lemon, the Windsor pet budgie, soared above the competition. At the beginning of June this year, Pet Valu put out a call to pet owners across the country for submissions for its annual fundraising calendar which... 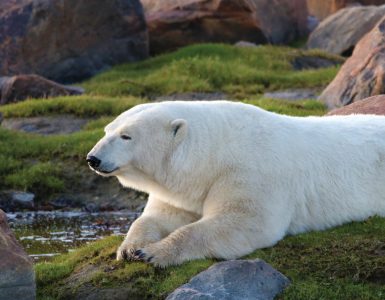 Returning from safari in South Africa with their digital memory cards filled with images of elephants, giraffes and lions, Lynne and David Fox of Amherstburg were keen to go on safari again - Canadian-style. 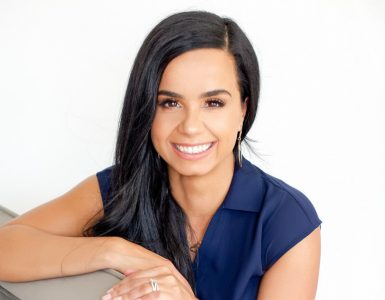 Through Build a Dream – the non-profit that Nour Hachem Fawaz founded in 2014 — Nour utilizes her 13 years of experience as a workforce advisor, mentor and influencer to inspire youth to make informed career choices...